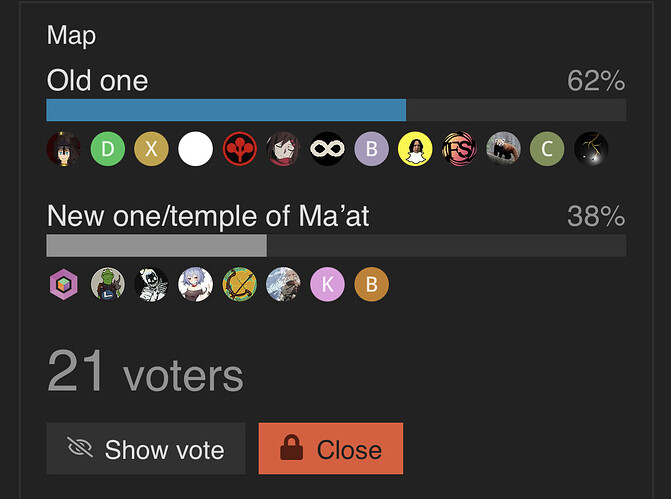 image1170×871 102 KB
Only 21 people did vote so it’s not the most accurate thing but it’s something
I think that we should start to get a map rotation where one week it’s the old one and the next it’s the new one this will hopefully get more people to play also I will like to mention that the time the new map came out is also when I noticed it was much harder to get in a game which might say something
8 Likes
Gutsash May 9, 2022, 11:57pm #2

Yes, I used to play semi regularly (even though I sucked

) and can attest to what you are saying about it used to be much easier to get a match going.

I think the driver in that was AC getting it going everyday. Most of their members seemed to have dropped off around the end of January.

New map released mid January, Zenith came out one week later. Not sure if their absence is due to one of those things, maybe a combination of both, but it’s been tough to get a regular match going over the last 3 months.

There is an idea in the works that will hopefully change that.

I remember AC definitely logged on a lot more earlier in the year, but they started dropping off before the new map came out (if i remember correctly) The most people definitely dropped out once Zenith came out though…