Hi everyone, please share your feedback with us about the raid here, whether it be issues you’ve experienced or your thoughts on the overall difficulty.

We hope you enjoy the new things!

@Mathieu_D the HM raid is not allowing for parties and is randomly assigning players to groups of more than 10.

We’re investigating, thank you for letting us know.

You’re welcome. The crystals on boss one are not lighting, not sure if this is user error or due to the overlarge party sizes.

We’re going to restart the server in a couple minutes for a fix.
Edit: fixed

Only got to play around with it for around 30 minutes due to IRL obligations so we didn’t worry about killing the bosses, rather focusing on the new mechanics (had nothing to do with only having less than a full group

), but from my brief time trying it out:

Boss 1: Seemed fairly easy, just keep the boss away from the Torch.

Boss 2: Those puddles are awesome. I’m not sure what the pattern is for when he leaves puddles on jumps vs when he doesn’t, but I love that they stay for a long time.

Boss 3: Uh…we gave up trying to figure that out. We had some runs where a person got the red glowing cloud of doom ™ before the first set of suns, and some runs where a person got it around the second set. We couldn’t figure out how to cleanse them of it, though, other than them dying. We tried Decurse, Instrument of Protection, getting hit by the sun, not getting hit by the sun, running into the beams coming from the sky, but nothing was able to get rid of it. We decided to come back to this later.

Boss 4: Due to a less than full group, we didn’t have the DPS to handle the adds, so I didn’t get to see much more than “oof, ouch, owie, hurt”.

Mechanics:
Boss 1:
Couldn’t test much with the mechanic forcing exactly half the party to light the torch. Otherwise the torch will break. So we moved on. Didn’t want to deal with the desync dependable RNG mechanic. If we can have guaranteed client server sync up on it, it would be very interesting mechanic for working together. But that would not be the case for now.

Boss 2:
The boss is still very easy. We first try killed it twice in a row (first time accidental leashed on corner at like 3% healthbar). I would love a real challenge on this boss. When the pools are stacking up it starts to become interesting. But when all 8 pools disappear all at once I was immediately like darn. I would love to see them stack up more. We could easily have the whole boss fight be 14 pools and only like the first set of pools disappear instead of ALL the pools. That would make it alot cooler. Also would like to have the boss a bit more health. Was only a 3 min and 2 min kill.

Boss 3:
Murder mechanic not figured out yet. Just like Mishka’s group, tried everything for a looong time. Other then that, the boss seemed very easy like normalmode.

Boss 4:
Interesting that we have so many add killing happen. This is a very hard dps check. We had 24/7 4 mages murder adds. Will see if this is going to be viable for green phase… Can’t tell more because the fight stops when you try to join the portal. But you already know that

We appreciate the feedback, and we’ll be going over everyone’s thoughts and tackling issues & tweaking difficulty this week.

With regards to the portal fix, we have one but it will go out likely tomorrow. We’ll let folks know when it’s pushed out.

And what about boss 3? We can’t remove the orb on our head.

Boss 4 bugged when you enter first portal, as you can see in this vid, pretty cool bug though! 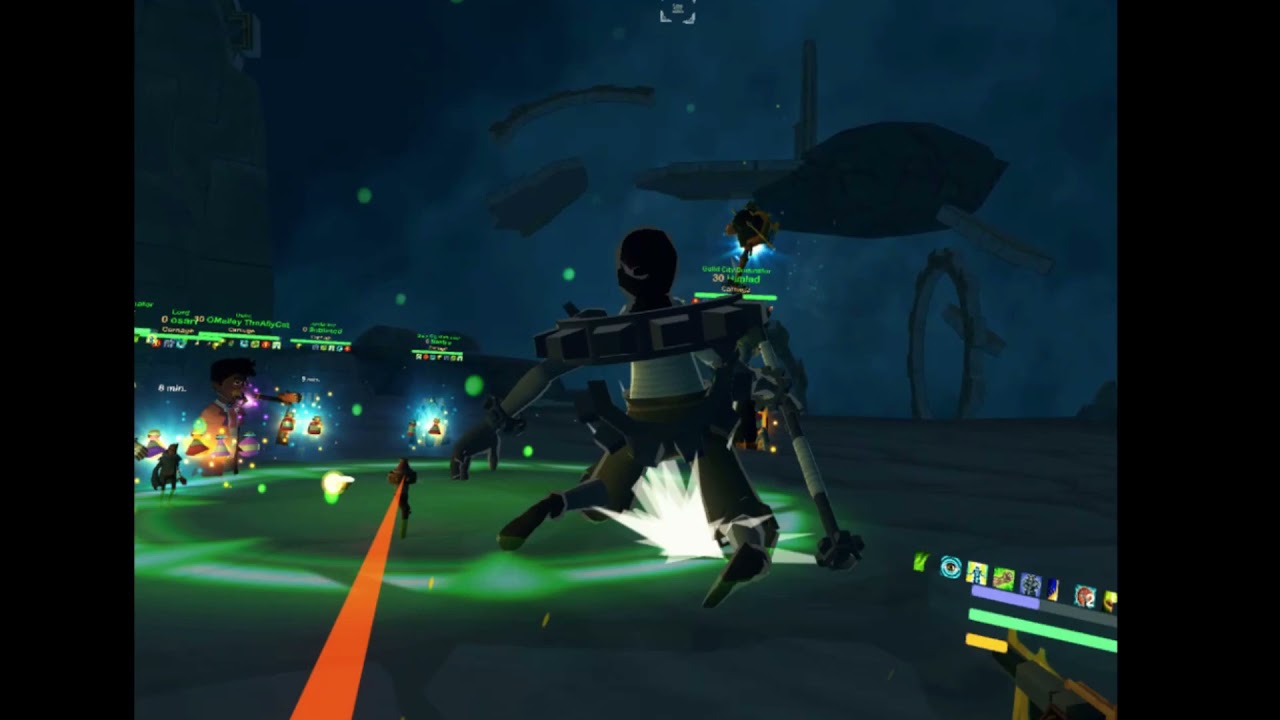 We’re going to tweak a few things with the new mechanic for boss 3 to see if that improves on a few things just after watching some videos on this. But as far as I can tell it isn’t broken

You clickbait son of a b!!! xD

You loved it xD

What do you mean? The skyrim meme? just threw it on the end for fun =P

OOOOOOOOH NM. It looked like a new ad. It is boss 3. I just realized

ohhh gotcha yeah, the boss kills are out of order, it goes 1,3,2

After raiding the first few bosses as both a dps and a tank, I have just a couple thoughts:

Overall I am enjoying the new raid and all of the new mechanics so far! I just want to feel like the new gear we are striving for is as needed as I hoped it would be.

Thank you so much for all of your support!