I wanna see these classes for more diversity

The hard thing to learn about the game is the basics once you get that done and the people are catching on quicker maybe consider adding these 3 types of classes.

The Rouge: melee classes in orbus for me seem kinda slow and for me slow ain’t my taste. So, why not make a speedy class and alter the slow combat into a more class based speed difference like the the tanks obviously could be slow and eat damage, the more healer type classes could be decently fast, the mages can be slightly less decent in speed and the scoundrel and archer could be somewhat speedy, but I wanna be fast and make the class rely on speed and quick reactions to be effective. the faster you move the more damage you do the more damage you do the faster you get, obviously I’m not saying make them un touchable. I feel like the more variety of play styles you introduce the more people might see the game and find their calling. Anyways the rouge will be equipped with 2 daggers and use them to do combos the more combos you do the more speed you gain and the more damage you do. The ability of range with a dagger is low so that’s the downside of this class your always in the face of your enemies and that means your taking damage more often but the faster you move the more you can dodge attacks meaning at the beginning of a fight your going to need to move and dodge until you build up speed. The ability of range will change though with the ability to throw the knifes but lose them for a 7 second period and losing speed but dishing out massive damage. The ability should be called blitz where the rouge goes into a rampage and can move at maximum speed while dealing good damage, the user will pull agro and can use this to cut large groups of enemies into not so large groups of enemies.

The Priest: Hardcore healers are somewhat interesting to see in games but in orbus I wanna see a massive increase in damage towards players which will almost make a healer a necessity in any raid or dungeon and even in a group of adventurers, I wanna feel comfort with a healer by my side. Priests will be equipped with a staff and 3 orbs, an orb of healing, an orb of damage, and an or of protection, these orbs can be thrown at enemies and teammates to apply the affects. The staff will be used to heal a group of people but the more people your healing the less healing each person receives. The priest should be able to tank somewhat and deal minor damage but be treated as the hardcore healer. The special ability should be an increase in your orbs power and the staff glow while the people nearby get a massive buff and get healed faster this ability will be called harmony.

The Druid: a tank/dps class that can summon animals to protect attack or heal the user, a solo class that will help people get around alone and be an outcast. The summon stone can be activated by grabbing them and breaking them you can have up to 4 summons and they will be chosen out of selection like the bards instruments or the musketeers orbs, and can be used for there purposes.

The amount of time these creature can stay out are for the devs to decide because this class sounds broken in my head but crystals will and must have a cooldown time that is quite high so you have to use your summons at the right times and manage your summons to fit your style. The Druid will be equipped with a low dps shield that does little to no damage and stuns enemies, the Druid must rely on the summons to survive. The special ability will be called nature call and it summons all the summons you have and boosts your summons in their own way.

Thank you for reading this through if you think some of these are a bit unbalanced make them balanced and I hope to see these classes some day.

I’m guessing you haven’t run many high level shards or hard mode raids? Trust me, damage gets crazy as you get further into the game. Healers are very much a necessity.

Well I’ve been playing for a few days and the main topic I was focusing on was play styles. I’m a lvl 19 as of 2 minutes ago and I’ve even asked you which vendors sell obsidian so I still have stuff to learn.

I’ve even asked you which vendors sell obsidian

I hope for balance and fixes for the existing ones, for a start… with Shaman orbs not spawning, dmg caps not balanced (see multiple rightnow ongoing threads!) and Rupert not being real useful (which uses a kind of druid-mechanic already) no need to even think about introducing more.

So, first off, I want to say that coming in with ideas for the game is awesome. Lots of players come up with “fixes” or ideas for things and never say anything and then get upset when nothing happens. Suggesting things on the forums is great

Regarding the classes, whenever something new is suggested, I like to think “what gap is this filling”.

Going through, the first one, the rogue, fills a melee DPS slot. There’s been a LOT of debate about whether or not a melee DPS class would work in this game. My main issue is the combat speed. It would be incredibly broken in PvP. As is, movement is a HUGE part of PvP, and being able to move around quicker than anybody else would give a sizeable advantage over other players. Paladins currently have unrivaled mobility, and it’s…a current cause for concern. There have been plenty of people asking for them to get nerfed with their hammer throw because of how much it destroys any semblance of balance.

Currently there are two healing classes, and both are able to heal any content in the game. I highly recommend looking into the Musketeer. While they don’t throw orbs, they do have two healing orbs, a protection orb, and a few damage orbs. I do like the idea of channeling healing. I kinda want to see that implemented, as I don’t believe that’s anywhere in the game currently.

Druid. That does fill a role that doesn’t exist currently: A summoner. Like Metris said, Shamans are the closest thing with summoning Rupert as their ultimate. It being a Tank/DPS is a little iffy for the current build of the game in my opinion. If the Talents were a Tank line and a DPS line, I think it’d be pretty cool. Having a hybrid class that pull both roles (but not at once!) would be very interesting.

However, like Metris said, currently there’s quite a bit of imbalance in the game. Several threads have been published with tons of data in them, and the devs have acknowledged them. Hopefully full balance happens soon and we can look at the devs potentially adding new classes in. I really like the idea of a Summoner and channeling abilities! 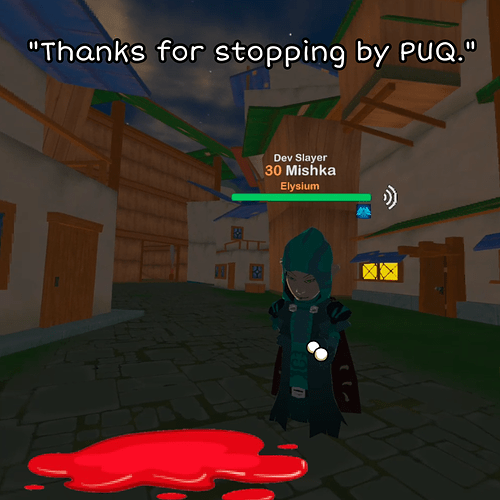 Have you tried the bard class yet? It works as a healer/dps

Bard isn’t a healer, bards an emotional support class that soothes you into a sleep that you never wake up from. The most deadly class in the game is the innocent one.