This interactive map contains the most complete collection of almost everything found in the overworld, mini zones and dungeons. It also has other features like a trickster goblin timer, public event tracking, legendary fish tracking and more, keep reading for more info.

Icon Filtering and Resizing
What’s shown can be filtered and they all scale with the screen so you can always tell which icons are what. you can filter down to individual resources so you can get just what you need without anything else cluttering up the map. You can scroll through the list and what you show/hide is saved when you close the map and will be the same when you reopen it.

Tooltips
Dragon races, teleport pillars, dungeon entrances, etc. have tooltips when you hover over them, so there isn’t any text in the way either.

Player Position and Pathfinding
Every time you grab your compass a red dot will be moved to your player location on the map.
You can also set a waypoint anywhere on the map and a path will be drawn along the shortest route between your last updated position and the waypoint.
You can also set your own starting point to get the shortest path from somewhere other than your current location.

Public Event Tracker
Public events on the map have a circle behind t indicating what color the beam in-game is, as well as a grey circle that appears about 5 min before it goes to green. If you look at the tooltip of any event it shows how long until the event starts or how much time is left of the event if it’s already started.

Legendary fish
The legendary fish will update automatically to show if they are active or not. Most of the time they’ll be transparent, but then switch to fully visible when they can be active.
However, just because the fish is showing as active on the map does not always mean they are active in game as all of them have weather requirements that to my knowledge can’t be tracked. The different requirements for each fish is stated in the fish’s tooltip.

Server Boost Tracker
In-game server boosts also get displayed on the map with the exact amount of time left on them. The time is also sent to/pulled from a server, so the bombs will also be accurate for quest users and this also allows for server boost tracking outside the map, like for the discord bot in the OrbusVR Discord server.

Trickster Goblin Timer
When the message for the trickster goblin appears, so will a 5 minute timer on the map with the name of the zone beneath it. After 5 minutes it’ll say Spawned and stay like that for another 30 seconds before being replaced by a 4 hour timer. The 4 hour timer will update for every goblin message that appears while the map is open and save that time to a server. After a server restart the time will be incorrect until the first goblin message appears.

If you’re on oculus quest(without link) and running the map on a PC, there will be a button above the trickster timer, clicking that will get the spawn time from the server I save the time on, so click it after you get a trickster goblin message in-game and it’ll give you a timer that is just as accurate as on PCVR.

Oculus Quest
If you play on oculus quest you can still run this map on a PC and use all the functionality of the map except for player position and the trickster goblin timer will need a little player input. Everything else still works like normal. 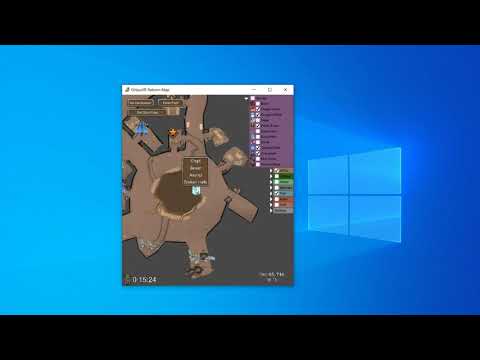 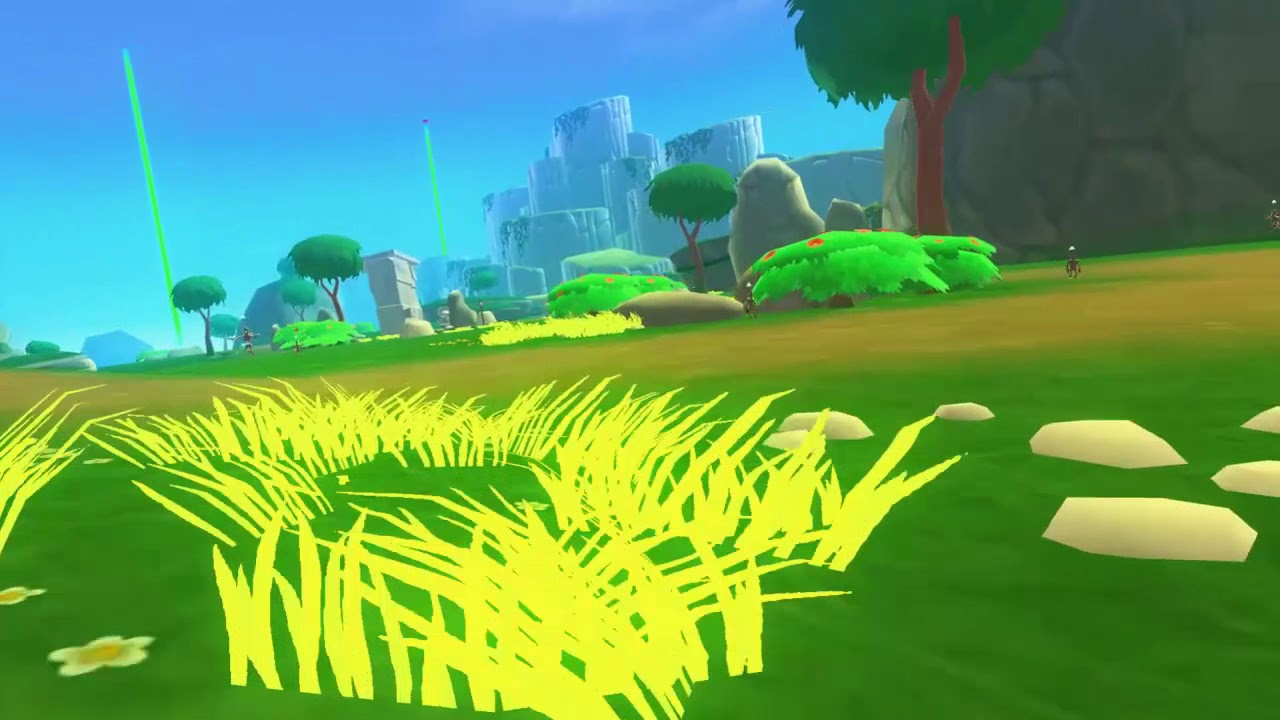 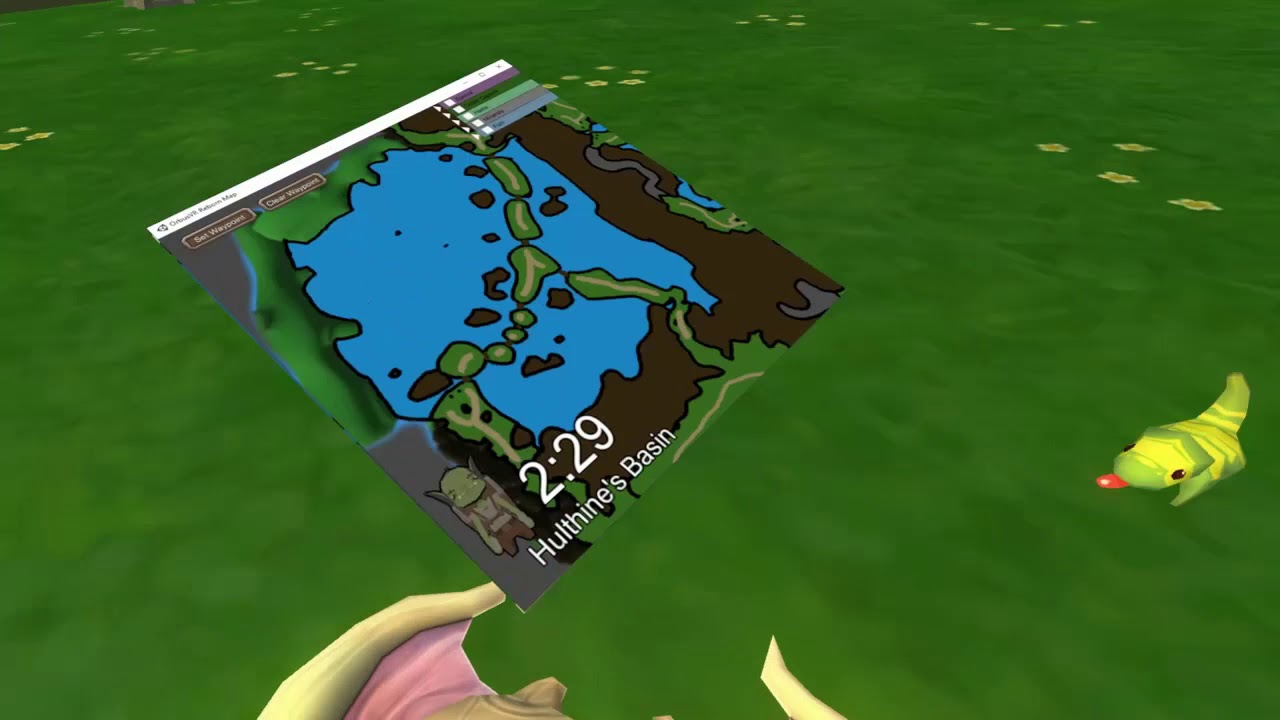 If you find any mistakes, other stuff that should be on the map or features you think need tweaking/adding feel free to leave feedback in the discord server. The discord server also has the latest download of the map, full feature/patch list as well as stuff I have planned and that kinda stuff. 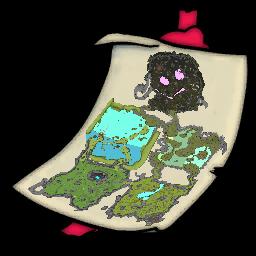 Check out the OrbusVR Maps community on Discord - hang out with 307 other members and enjoy free voice and text chat.

Edit: just realized I’m using my specific file path to read the combat log and not a universal one, so the player location will only work for people with Potato as their windows name atm. Will fix tomorrow, need sleep now. fixed now, download link is updated

more to come soon, have some pretty cool plans for what more to do with the player location.

dont we already have a ingame map in orbusvr

It’s not only a map, Atropos map shows fish, resources, quest items etc. etc.! It will never be added to the game since it would spoil exploring for those who want to, but is a tool which players made to make it easier for others who don’t wanna find all out themselves.

This is pretty cool, but just gave me a different idea. An in-game DPS meter like this would be sexy.

where do you install this too? what directory do you replace?

You can put it anywhere, just download the zip, extract it and run the “orbus reborn map.exe”

Oh ok i see that it opens the map on my desktop but i was wondering how you get it into the VR game. Does just running the .exe make it so that it will overlay it within the game? Sorry if i am confused or mistaken with anything

Well that depends on your headset, for example Rift users just use Oculus dash for that; best google how to attach other desktop windows inside VR apps for yours.

That isn’t a part of the map, what I used was OVR Toolkit from steam, but there are multiple other options that would also work and if you’re on an oculus headset you can use the oculus desktop and pin the window like metris said.

Ok ill look into this pinning it to the dash board, but you have to switch in and out though wouldn’t you rather than have it in your hand like the video shows. I have CV1 Oculus Rift FYI. Maybe it cant be done in Oculus environment.

I have CV1 Oculus Rift FYI

Yah it shouldn’t be an issue at all, pinning is a base function of your Oculus home. Just use the - Edit: quickly checked: B - button after opening your desktop while ingame and you see it (Show Keyboard - Pin - Minimize).

Make the app-window big/screenfilling on desktop, then ingame as small as you wish, positioning it, also you can quickly pin/unpin it if you don’t need it in between playing…

Thanks i will try this after work! I really appreciate the app as well as the help from you both!