Issue with “patrol the fields 2” side quest

Hey so I was wondering if there was talk about this yet but every time I try to do this side quest it bugs out and I can’t turn it in, everything in the journal says I’m done but I can’t talk to the guard at the bottom of the ramp at the outpost to turn it in

We’re digging deeper into this one today attempting to figure out the cause.

In your case, were you able to do the actual patrol, or did it never appear?
Or did you do the patrol but then it doesn’t let you turn it in after that? 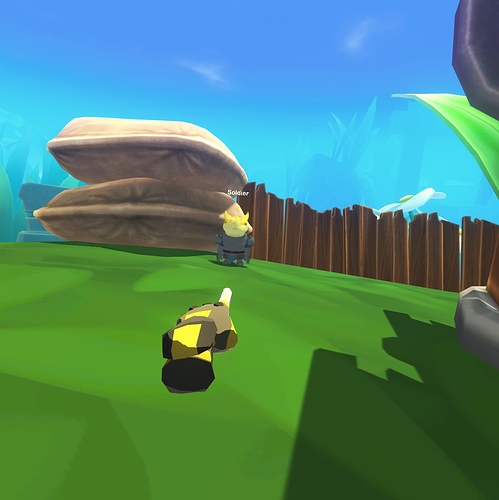 This quest is definitely bugged in some way. I did the whole mini pack with 2 other people and for some reason only I was able to get and complete the second patrol.

Like Mathieu_D said above we are actively looking into this and why it seems to be breaking for some, just wanted to clarify a few things below to make sure I’m on the same page as the players. One thing to note is that you do NOT need to do this quest to complete the main storyline (so won’t prevent you from progressing) and it is also not needed to the the “Aracna Mount (Side Quest)” , but many of the other side quests are required to do before doing the mount sidequest.

Okay, so far anything we’ve heard about with this quest falls into 3 categories:

1. You have completed the first Escort quest “Patrol the Field” and the NPC that you turned that quest into (At the outpost at the top) gave you a follow on quest that is “Start Field Patrol II (Side Quest)”, but when you go to the bottom of the ramp there is no one there to speak with

(See picture below to ensure speaking to correct NPC) 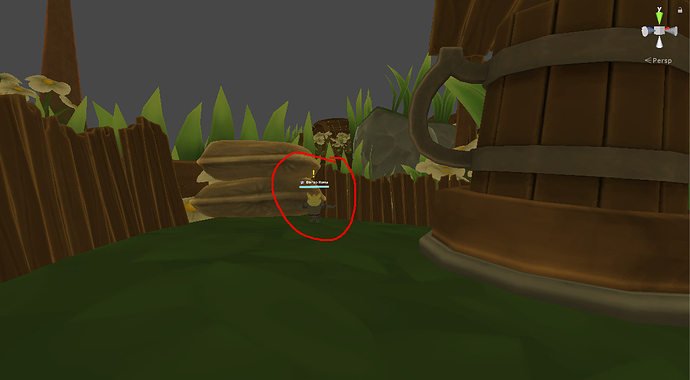 (See picture below to ensure speaking to correct NPC) 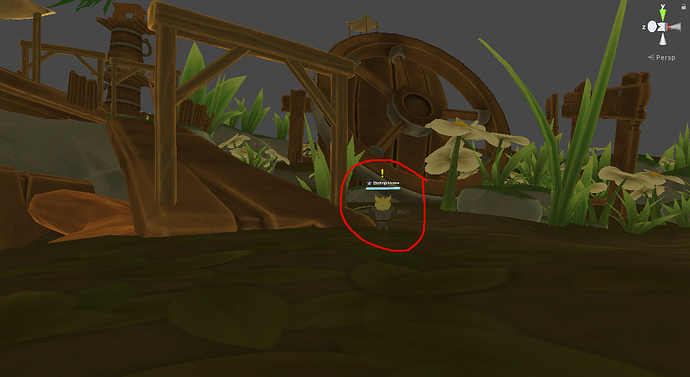 3. You were able to get the quest “Patrol the Field II (Side Quest)” from the NPC at the bottom of the ramp but once you complete the patrolling path you are not able to turn it in to the NPC

Or there is the 4th category that you were able to do the quest without any problems, completed it and turned it back in. While we were doing our testing, and now with doing more testing this is the category that we are falling into, so we are just trying to gather as much information of exactly where players are having their quest chain break on them.

So if the players that are having this quest bug out on them can let me know where they fall within those 3 category above that should help to start seeing whats going on.

I got number 3 in this group.
Did it together with rickness, he compleated it no problem, but I couldn’t turn it in.

We also had this problem. we filed an in-game bug report which we will follow up on tomorrow.
Datalus and other players had helped out but it didn’t work. +1 on fixing it

Yeah I’ve also issues with this quest, the npc isn’t there I should talk to… 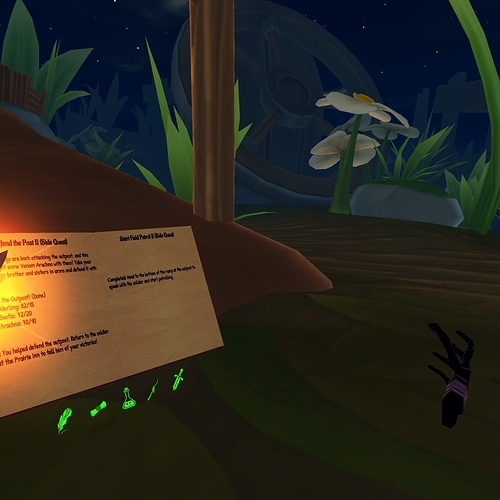 We’ve got some potential fixes in the next patch coming, but we’re looking for some additional information:

For those of you who did the actual escort with other players but were unable to turn it in, or were able to but some in your party were unable to, had you done more quests in the MSQ storyline first, or did you pick it up as soon as it was available and tried to do it then?

Same question for your other party members.

Me and @Burnator did the quest together, we picked it up as soon as it was available, I turned it in fine but Burn couldn’t turn it in, both had PvP enabled and in a party together

@Mathieu_D So when you fix it, do you know if people like us who have done it automatically be rewarded for it or will we have to do the quest again?

I was in a group with OpenMike, we both picked up the quest from the soldier at the top, came down the ramp and talked to the soldier there. OpenMike was a half second ahead of me and when he initiated the quest the soldier appeared a short distance away and started walking. Meanwhile I was in the middle of the dialogue with my soldier and before I could click Goodbye, he was gone. So I started following the other guy with OpenMike. It now says complete in my journal, but I can’t turn it in to anyone. At the time, I hadn’t done Goomby’s delivery quest nor had I done any of The Lair yet.

sorry for the problems and we appreciate the info. On a follow up question, in your journal do you show the quest “Start Field Patrol II (Side Quest)” or “Patrol the Field II (Side Quest)”?

Okay, we pushed a potential fix for one part of these issues - if your case was the following:

You were able to start the escort, and you did it, but were unable to turn it in to the NPC and complete it, try doing the escort again.

We’re still working on the “No NPC down the ramp case” and we should have a potential fix for it in the next patch. Thank you for your patience.

Thanks Robert. In my book it has Start Field Patrol II (Side Quest). Here’s a screen shot. 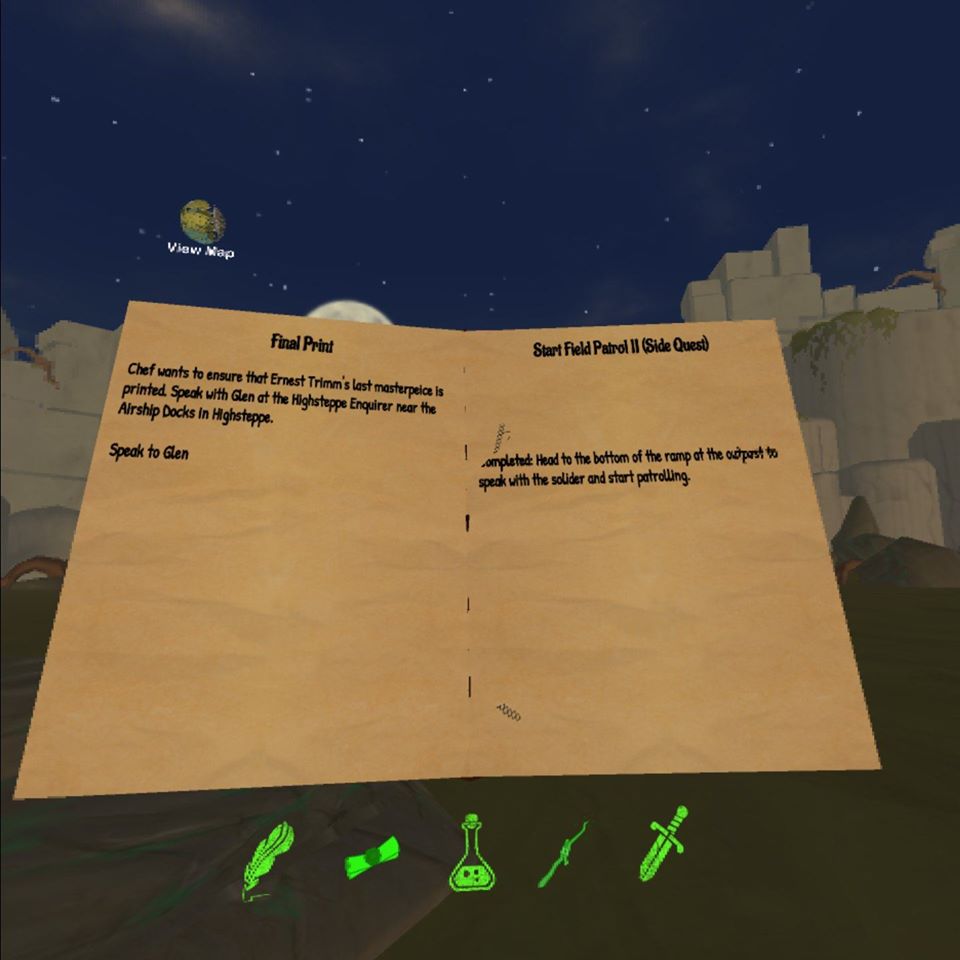 Hi, I’m following up on the quest to see where we’re at - so last week we implemented two things:

Is anyone still experiencing problems with this quest, and if so, on which step?