I managed to somehow get an arcane mount from grinding there!

I havent had the opportunity yet to play the island as intended, with like 3-4 people

Personal opinion but the only reasons to farm there is for the cosmetic items and the fact that it is a giant level 5 grinder area. The bracers just are not good enough to justify farming them in my eyes.

Aberrations are fun if not lacking in variety with only 4 of them.

Yeah but its more fun actually doing hard stuff again. I haven’t seen that many people at a graveyard in a while.

The fun comes from the challenge; the only issue is that if there is no incentive to do the challenge then people won’t do it. As of now I can see the island being deserted where no one wants to touch the thing after they get the cosmetic items you can only get from there.

I was kinda disappointed by the island. It was fun running around with a ton of people but honestly, I don’t have a reason to go there again. The Bracers are not interesting for me at all. There should be a luck one at least.
The Mobs are kinda boring after you killed a few of them.
I was there for around 4h yesterday and got:
-Fishing rod
-10 Capes
-110 Reagents
-120 Minor Shards
Plus a ton polished Glass and Major Shards…
I did not get the Pet but I’m not really interested in it.
The Landscape looks good but kinda empty here and there, but in general I like it.

Cosmetic? I wish the old wild gear dropped, or just the old shard gear with ok stats (you know the ones that awkwardly drop in the dungeons with no stats). Items seem to be from the stuff you got at 1-5.

At least some enemies just strait up drop major shards, should have followed that trend with everything in the new area. Saves you the work of breaking stuff down

Luck bracers would guarantee people would have reason to farm the island, but you also have to consider the trash bracers you’d get as well. Maybe if the island dropped a base bracer that could be “enchanted”/combined with some ingredient at the tinkering table to pick what kind of bracers you are crafting (but idk, maybe too easy to make luck bracers if that were the case). But I agree once you get Rupert/cape there is little incentive to go there, beyond the grinder rewards (which is indeed a plus!). Grinder rewards are high rng tho.

Rupert not tradable and despite me not getting one…someone got like 4… it apparently is not very rare. I was expecting more of a Rupert-mob spawn that would be similar to the trickster goblin that would have a good chance at dropping it, rather than any aberration.

The Island would be a great place to expand upon, given it’s more challenging content, size, and good looks. Creates an actual “end-game” overworld area that the wasteland fails to accomplish. Plus, the wasteland looks like poo compared to the Island.

Getting purple epics off aberrations like in preborn might actually not be a bad idea. Since you’d feel like you have a chance at getting glimmerings versus just spamming shard dungeons.

I know this is not much as far as farming but there are also currently drops for: aberration dye (crimson? brick? could’ve been at least different color), treasure maps, magic purple accent dye, also perhaps some other dyes? 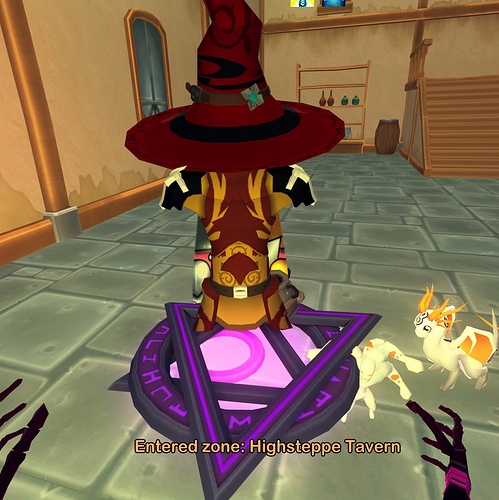 its a little more blood flavored

edit: I mean blood looking, not flavored… I dont want to talk about it

The island looks pretty nice and rewards are cool! But some places are just empty (maybe some additional demolished stuff would really help with the immersion)

But I also cant believe that aberrations and the whole islant population do not drop purples (maybe the spiders do? Correct me if im wrong)…
Even a common spider drop purples in spider lair area - ive farmed almost a complete set of spider epics for each class there - solo… there is no reason for me to get stuff anywhere else except of one time cosmetics or high end stuff from shard dungeons and raids…

There is no excitement while leveling up in overworld since all you get is green trash…
We need to get blue/purple (max level 30 + 0 ofc) drops from certain monsters around the world with exclusive look (like in spiders lair) or maybe guaranteed stats - for example in wastelands cave there could be x% chance from killing “shooting scav” to get an epic scoundrel pistol with exclusive scav skin or maybe with quaranteed first strike property?? Each aberrations “type” could maybe drop different armor set (cloth/leather/plate) 30+0 or 30+1?? The fact that the only source of +2 items and better is just shard/raid farming is fine but being able to drop 30+1 in nonshard dungeon but not being able to get an epic in overworld is just… lets say wierd…

People will run around and will actually have a reason to come back to those places to get another epic item with better stats or to just get some money from selling shards, etc…

Yeah I was really hoping for the re-release of the old wilds gear and the new version of them from these so we had something to farm and get purple drops which are the “step before shards” like we had in the old wilds, I think that’s something that should be added to make aberrations more like how they used to be