When the mini story pack DLC and the dungeon that comes with it was announced the devs said the new dungeon wasn’t going to be in the shard rotation.
If this ends up being the case, then the dungeon wont be much other than something you do once, or maybe farm for a bit if you can get transmogs in there. If you add it to the shard rotation however, it would be a dungeon you continue doing as a shard and it would give us another end-game dungeon to do.

For this to be possible tho there needs to obviously be a check so that someone who doesn’t have the DLC can’t get a shard for that dungeon. It should even require all of the party members to have the DLC for it to drop, otherwise you might be with a PUG that ends up getting a shard they can’t do because 1 or more of the people in the group doesn’t have the DLC.

I personally think it would be a waste not to have it in the shard rotation and it should be entirely doable.

then the dungeon wont be much other than something you do once, or maybe farm for a bit if you can get transmogs in there

I second that… worst idea ever having normal dungeons (mine, temple) drop special transmogs. I don’t find people to do that kind of farming and since these 2 dungeons are not even in the queue these transmogs are just a slap in the face for collectors (and obviously we are too few in the game to team up and grind this stuff).

Now likely same is about to happen with the dlc, yea we would do that normal dungeon for fun once or twice, but there’s no incentive for guilds which are busy enough to level shards to do it more often.

And in case it stays normal at least adding it to the queue - automatically, to be in the mix every time there’s 5 who got the dlc - would be badly needed, so that people can find each other without all the fuzz of asking around who’s got the dlc, who’s got the dlc…

Yeah I 100% agree that it should be a shard dungeon

Even if the dungeon is really great, people will hardly ever do it. just make it so only people with the dlc can do the shard

Agreed, I have little interest in the dungeon without a challenge to it. Without shards I see little point to it as a vet.

As cool as this is, I don’t think the dev’s will allow it since they made it clear that the dlc would not give you any advantages in the game and if this is done, it would essentially break that rule…

It wouldn’t be an advantage to have the new dungeon as a shard as long as it doesn’t increase the shard level past the current level of shards, I would just give those that bought the DLC more options

I could also see issues for groups of mixed dlc and non dlc, in the dungeon queue, they could never land in the dlc dungeon unless you were all dlc users.

I imagine that if it was added to the queue it would not change any priority but once the group is formed it would do a simple check to see if all 5 have the DLC, if they do then they have a chance to get the DLC dungeon, if they do not then they wont get it, shouldn’t change the queue time at all

I beleive the expansion is for level 30s only which means I don’t think it will even be scaled for lower levels, thus it won’t be in the dungeon queue?

That’s certainly the way I’d have it

this was about shards, not the dungeon queue.

Did anyone say mage dps?

(I am sorry, was a joke talking about things that bring a thread easily off-topic)

this was about shards, not the dungeon queue.

Its about not having any edge over other players…

MAGES ARE WAY TOO OVERPOWERED PLEASE NERF, ITS NOT EVEN THAT HARD.

jk lol but @Lara_R1 having an extra dungeon for people who pay for it isnt giving anybody an edge over others its just making better use of content that might be left behind if it is un-sharded, I think your worries are unnecessary

But it’s an extra edge cause you will get different gear, even if it’s for transmog… otherwise, I say, let us all in there and the problem is solved

The unsharded version of the dungeon I believe will drop a transmog, which is a cosmetic item, so that the players that get the DLC do not have an advantage over those that do not, cosmetics are not an advantage, they are simply a “fashion accessory” you cant really expect them to put in no reward from doing the dungeon and you cannot expect them to keep running the game for free and keep updating it without them making money from selling these DLCs which add cosmetics but no gear that would give an advantage

This tread is just asking them to have it so the new dungeon can be included into the shard system so those that have paid to get the DLC can get more use out of it and add more variety to the end game content without adding anything that would give them an advantage as there would be no new stat increasing gear from it, it would just be the current gear

I wonder what the dev’s think about it ultimately…

Not sure you’ve thought this through correctly. You get no more advantage than you would for owning the DLC or not. If I purchase the DLC I can get the new transmogs (purely cosmetic). If it is made a shard AND I purchased the DLC I can still get the same transmogs and gain nothing I wouldn’t get in the other lvl 1-15 shards currently available. In either case, I would not have access to the transmogs unless I have purchased the DLC. I really can’t see your thought process. As @Rickness_Voidwalker mentioned, it is about utility of the zone. At this point it is merely a zone to be done a few times and discarded. As a shard it has far greater utility. Anywho, really not sure where you’re coming from honestly.

transmog makes no difference, im not sure why you are even trying to make this argument.

I feel like this thread should have a poll to see how many people want this content to be available for shard. 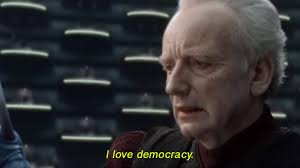