After the recent update it has become known that a strange figure follows players that don’t update there game after a patch. [image] An image of the creature was created possible just before a murder Please @stone_r we need lore/creepy pasta for this creature Or if anyone knows anything about this please add your own lore

I know I’m late but better late then never.
Also this was fun to make so let me know if you would like to see another story about another creature

Some may know of the stories where adventures will fall into a deep hallucination Seeing nothing but void and an abomination of the monsters of orbus staring them down… or the people who got a quest telling them to “burn it all down” even though this was never a quest you could acquire… but not many have heard the tale of the reverse world, this is an area that at first glance seems like your ordinary orbus world but when you look at it deeper you notice differences like the walls being pink or “interrupt” signs floating and most importantly you’ll be the only one there… or the only player there. Unholy creatures plague this land lurking in the shadows always out of sight, one of these creatures is called “the Mocking Man” he has a slimy slim green body standing at about 7 feet tall he carries a long rusted sword and has his face covered by the skull of a human. He is able to imitate the voice of whoever’s skull he’s wearing to lure in his victims often saying the words “help!” And “is anyone there?” Once you see him it is already to late as he lets out an ear piercing screech. As you run away he appears around every corner you turn each time getting closer until he runs at you without an animation and finally crashing your game and claiming a new skull. 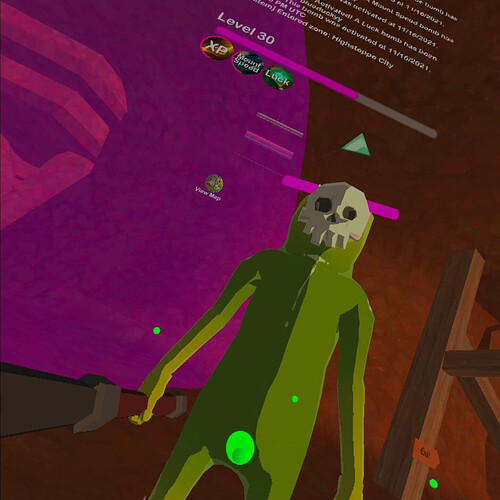