Better not be the old game R method you made

haha it is not

I could never get the 8 ball method to work, but have found making a pretzel works really well. It has a lot of forgiveness in its shape, and it can be drawn in all one motion instead of reversing your direction. 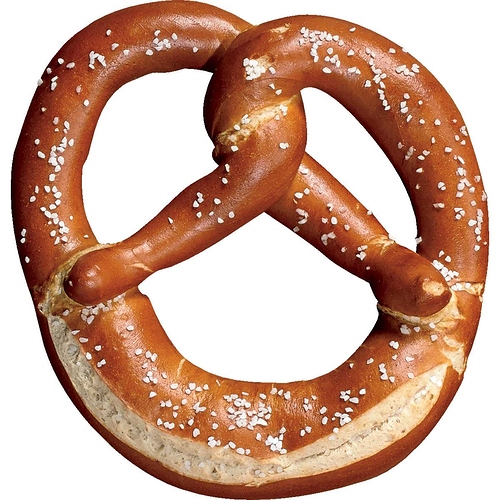 I start at the bottom left. Work counterclockwise. End at the bottom right. The inside of my pretzel. The start and stop points. Don’t actually connect with the outer circle.

The key i have found to making it work is making it as round as possible. Not to tall not too wide. The outer circule should be circular.

Incase anyone cares to try it. shrugs.

i feel like ive seen this before but sideways

Same concept yeah. So you should be able to affliction nearly as quickly if not as quickly as you fireball as it’s merely a rotation of fireball with a few subtle changes on the important portions of the rune. I’m not a fast caster of any spell though, so dont really know. Just saying it seems it should be similar in theory. I just noticed that this shape seems to be very forgiving. I didn’t come up with it by the way. Somebody from the “MOE” Guild showed it to me. But I cast it on like the third try and now have it at a very high success rate after just an hour or two of practice despite still being a slow caster. Just something to consider in place of the 8 ball or R or other variations that I saw on YouTube.

did you forget already

oh my god I am getting called out by people who have not posted in TWO YEARS lmao.

I have not forgotten. Looking at it tomm, just got home.

i am a returning player

Poll time! Which of the following will likely release first?

If I don’t finish the video by this weekend, I will release a short, pure tutorial video.

As promised, a bad version where I cast & talk about the shortcut.

There are multiple things I can’t cover as this is just a recording of me talking to myself, basically.

This is, in a nutshell, the basics but missing a lot of detail and gotchas.

In general, keep your spell almost the same height/width such that when you form the outer circle, the circle is basically the same size as your “R”. A pure circle is not actually the best way to cast this, but it can get you going. The sides are straighter and the corners are sharper (but round) like the top part of clothes hangars if they were bent outwards a bit.

If you are failing your spell a lot, and your shape looks relatively good, try making your outer circle taller (more outside the “R”) or smaller (more inside the “R”). Also consider making the top part of your “R” wider (unless you have gone overboard, but it is huge). Similarly make sure you are coming out and forming the “R” leg, and dipping underneath slightly decently.

One gotcha I’ll list quickly is fireball 2. If you are getting this, your spell is probably too tall, your top might not be wide enough, and you may need to expand the size of your outer circle or make it more circular (but this is sketchy advice - even though it can work - you are probably messing up one of the previous steps)

Re-iterating, make sure you are striking underneath the center of the spine when forming the top part of the “R”. You can get away with center, even above center (but above center is not recommended). There are lots of variants here to pick from, and I find most consistently below center is good.

Very much like polymorph, proportions matter. They influence if the spell can cast at all, and how large the outer circle must be. Try to not balloon the height or width disproportionally.

A big + to this shortcut is that it can easily pass as an R or B affliction, to include other kinds of uncommonly seen afflictions (to include some totally new ones not showcased in this video, I don’t think). Even if you make a mistake, you can (without intentional effort) recover into a different shortcut. It’s a shortcut composed of other shortcuts.

I got a level 5 and 7 to cast this, amongst other people. I’ve gotten a mage who has never casted affliction before to start casting this back to back without fail keeping 3 up in the air.

When my arm is rested I can easily keep up 6-7 afflictions even with fails, without any difficulty. My record is 9 afflictions in the air.

I will be making a more concise tutorial, going over details, showing common errors (that I know about), and providing detailed information as to what this combines from R, B, and 8-ball (and others).

I’ve actually been making small modifications to this shortcut for about 3 months. Originally I started with one of the “new” variants of affliction (that I will show in a later video), but over time evolved it into looking a lot more like the good ole “R” but with specific design in mind.

Interestingly, this whole thing began when I was intending on releasing a video for “The easiest affliction for new players”, that is a B with circle, for any mages who know how to B-cast. A simple “B” or “R” cast requires a tall outer circle that is also similar to an 8-balls circle-shape. I decided to try modifying the spell with some lessons “plain R” (no circle) shortcut that mages often cast by accident when using fireball “B” with a tired arm. I knew some things, applied those concepts, and noticed how versatile(ugly) the spell would let me cast it. From here, I kept going with it & eventually discovered changes to the shape that actually became the best affliction for any mage (imo).

Apologies for the spell pops. I didn’t want to release this video, it’s just a self-recording where I test stuff and have a tired arm.

(Also yes, I realize in this video I miscount 6 as 7) lol. Doesn’t change anything I’ve written. I’ve gotten 7-8 plenty of times.

Be sure to watch the video at .25 playback speed, etc.

Here’s a much older but still relevant video to show how thiqq your spell should be - although I advise scaling it down and you can be a lil less thiqq. But typically just wider than a fireball. I shorten my spell and dip underneath it to help form the circle, though you could try either. It’s also important to go for features that are less accurate/straining but much quicker.

I’d love to see people casting the spell btw, if you have recordings I can provide feedback. The best tips are always noticed from watching people do something wrong haha.

However if you are able to chain cast it, I’d still be interested in seeing because you may have different useful tendencies than myself.

Lastly, if you think you’ve made an improvement to the spell I’d definitely love to hear! I’ll give it a whirl and see what I think of it. Such as the perfect dimensions to draw this spell (dimensions for height/width seem to have huge impact, I’ve noticed).

Ill have to get good at it as its nearly identical to my fireball. Also I remember that old old highsteppe. Never forget the bottle incident

Should be easy with a little practice.

Here are some of the variants I started with or tested: 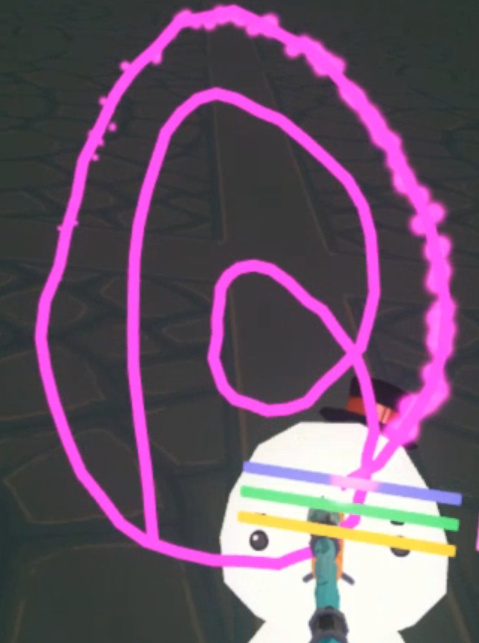 image479×643 91.3 KB
(did work consistently, has variants upon itself by changing various shape dimensions) 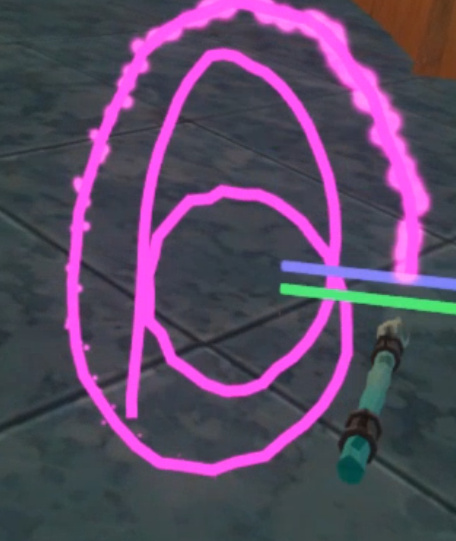 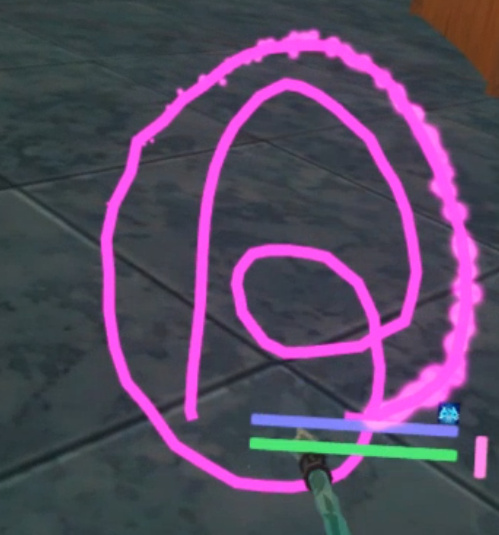 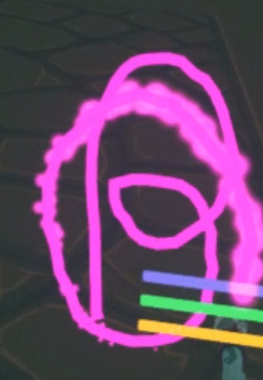 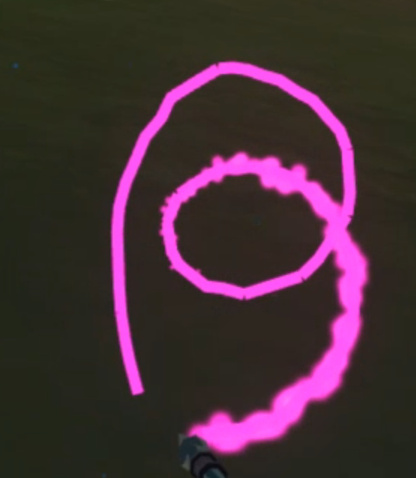 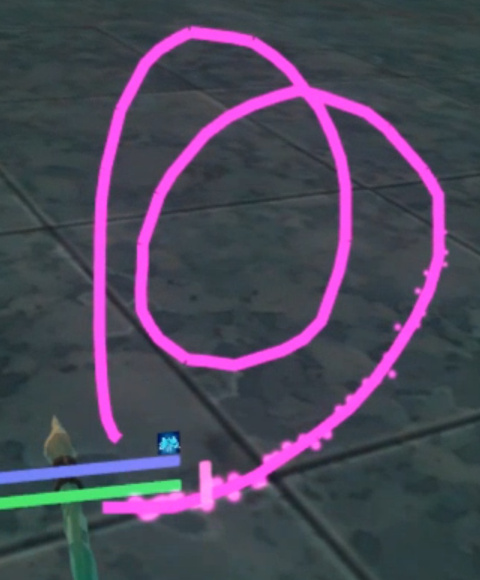 image480×580 82 KB
(concept, hard to do, fast, a lot like plain-R cast - not recommended. Also has variants, such as making a much smaller circle and pushing it to a specific area on the right side - trying to dig up a video where I was using it) 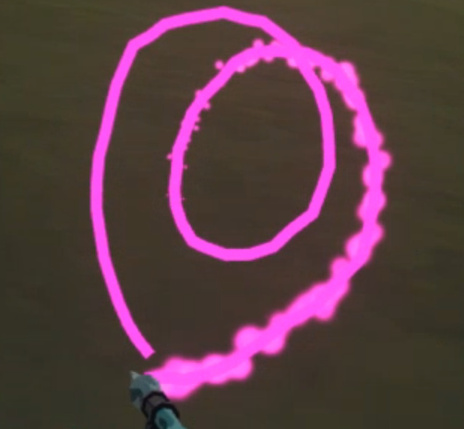 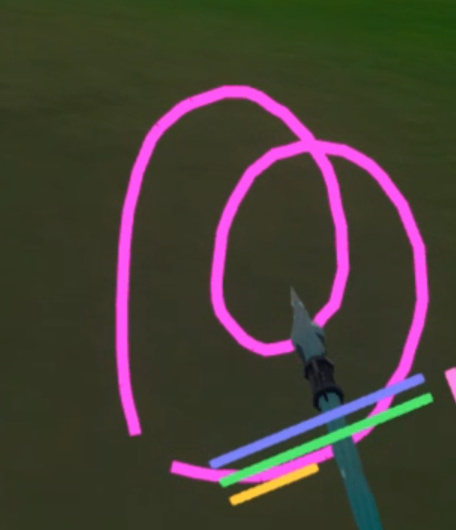 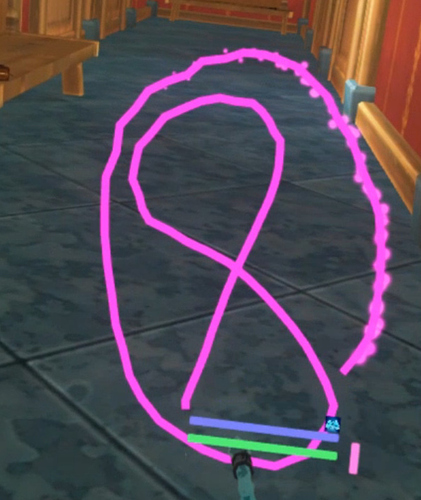 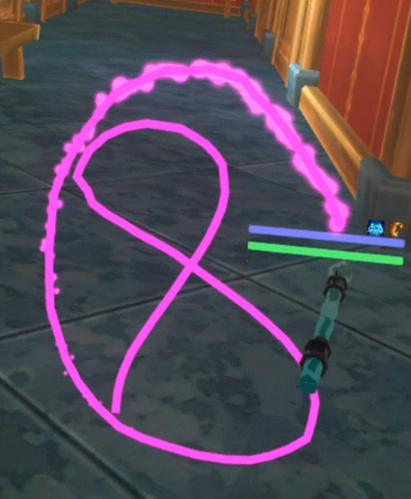 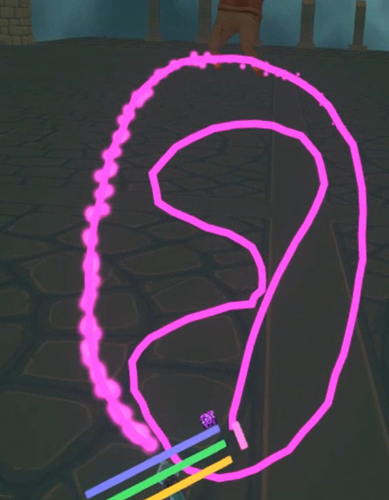 Can’t find a pic of it right now but you can also do basically do the left side of an “Arcane Ray” + circle to get affliction 2. It’s basically the slanted 8-ball (but far more exaggerated). I also got it to work with a wide outer circle + long bottom right leg. You have to curve on the top right a particular way too.

You can bust through the left side of the wall when forming the “P” and circle around and also get affliction (but harder).

Etc, etc. This isn’t every variant, but just some ones I tinkered with to provide additional information.

It’s possible that yet, a new shortcut will be derived from all of this but as for now the Blessing of Rupert is pretty reliable and very quick. I’ve tried a lot of variants and basically, some of them work, but versus what I use today, I found them to not be as good with the steps I was applying to them at the time.

With this, I hope y’all can start casting. Too many of you are making your spells too tall/thin lol 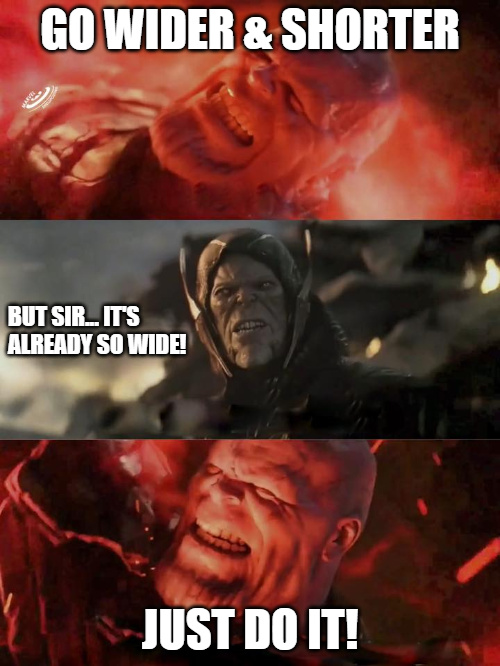