In both cases, its either really hard or impossible.

Are changes coming to this event because I have been trying to get that mission completed for the last week and I am really starting to get fed up.

NOTE: people do not understand that the event will fail once the shielded guys break the ballisters. It is just too complex for a casual audience.

I am posting this in bugs since at least one event I did today is impossible, and worse than in the beta… Essence Cave: This was one of the soloable events in the Beta, now it suddenly seems impossible. Was there right on start, ran in almost straight lines, not running into mobs, not missing any shard, using the mount all the time. That is ALL a solo player can do!! After 5mins the bar was not even half-full, so it is a definite fail with nothing to change about that; we ended up with 3 peop…

We’re looking at making some changes to that event soon when we get a chance. I think Kyle posted in another thread that we were looking at it.

I have 4-5 knights fort missions… just sitting there… waiting…

I know the event is extremely broken, however it isn’t completely impossible to beat with the right amount of people. It has been beaten, so until it’s fixed just grab a couple of not bad people and hope randoms don’t show up and ruin your attempt.

In both cases, its either really hard or impossible.

impossible: by yourself
really hard: with 2+ people

This is what he means here, I forgot to post it earlier but the public event at Huthains Basin is broken, the circles show the colour for the opposite side, I was standing in the side that was cleared (showing red) and the otherside had mobs in which is showing green 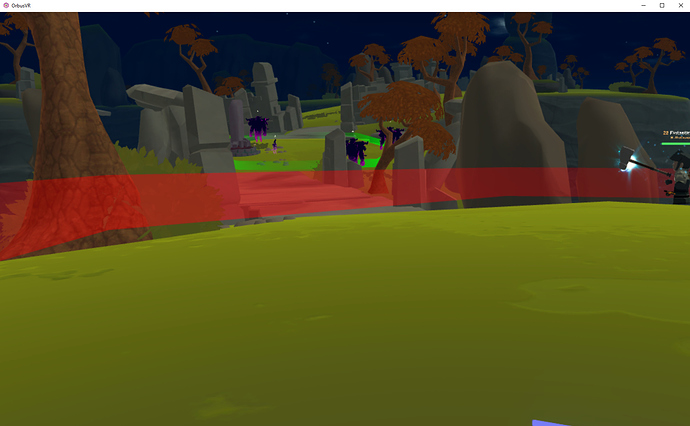