There will be a patch going out today (3/31) with a few bug fixes as well as a requested feature brought back, a Tavern!

With the increase in players being at home, and keeping with the social distancing most countries are requiring, it is getting harder and harder to be able to get those social discussions and interactions. While we had this slated for a little later release this year, the team worked on getting it out ahead of the Mini Story Pack, to try and give the players a common hangout to come together and interact.

This is not the entire plan that we have for the tavern, we would like to add an instanced room (similar to entering a dungeon) where you could go with your party and have your own quite room to meet and discuss plans, interview future fellowship members, or even teach a class to fellow players. We also have a few more functionality ideas we would like to see implemented like a mini game of sorts in the future.

Note: the instanced meeting room should be coming out in the coming month, while the mini game will be farther in the future.

Currently the Tavern is set to the same player size as other zones, but one additional change we made is rendering other player models for Quest players up to 30 players in this area (as opposed to 10 in overworld before becoming “ghosts”). With the minimalist environmental art and lack of enemies inside the Tavern we are going to try it out, but will be adjusting this number based on our own testing on live, along with player feedback. We are hoping that with this change that it will give quest players a place to meet more of the in game community, and interact with more players.

Note- One note I’d like to make on this is while it can be a lot of fun to cast runemage spells rapidly, this can cause performance problems for other players. This can be even more compounded for quest users that will now render more of the other players in the main room, we added a “practice room” for this you can access from the tavern with practice dummies that is far enough away from the main tavern room to try and keep performance at its highest.

The Tavern is located right outside the Player House door, next to critter capture, with a Bottle and Plate sign above the door. 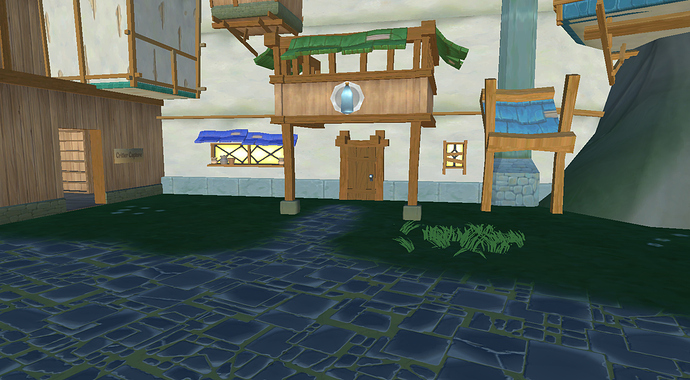 This is great, dont get me wrong it really really is, but my question to follow this up is this; will similar features be coming to the fellowship halls anytime soon? Hell even if theyre coppy/pasted, that would be a happy sight.

Quick note on the Tavern as well, we’ll be adding throwable synced objects like bottles and plates for some mock “fights” in a future update.

copy pasta the lvl 10/ 20/ 30 dummy room into the fellowship hall would be nice so you can have a more private place to practice with friends or will that room in the tavern be instanced for just party members too in the future?

where you could go with your party and have your own quite room to meet and discuss plans, interview future fellowship members

Well yea, I think that’s the plan… and would be even better than having a room in fellowship hall since you don’t have to be in a fellowship to enter and use dummys, but can go with everyone… Edit: ok, there should also be dummys in this party-room, not in a public zone again, that would be the whole point of it, for most.

(Or make the whole practice room a party/instanced one, if that is not planned anyway; if some really wanna have random bystanders running around and in front of them while practicing :D, they can still go outside HS for that).

This is awesome thank the team for their hard work in getting this out early! Really awesome to see this game keep growing with good and needed features and build a backbone hopefully for other things like Fellowship halls! I love the mini games idea that is really awesome!

Client patches are out, server restart in about 15.

I’m about to log in and check this out but I have to admit I would’ve liked to see it out in the world not another reason to stay inside highsteppe like it at least could’ve just been outside the walls by the water fall/ graveyard by hidden garden or something.

Obviously it’s too late to move it, however it would be nice to see some in other locations like the Scav Outposts in Rain Forest and Hulthines Basin.

Would also like to see potential “dram sinks” like purchasable Player Houses and Fellowship Halls in all outpost locations.

People don’t believe it before they see it I think… each and every “gather” location outside HS will be empty, the “old” tavern, sorry, was just like this. There were community-announced events, like one per month, then and only then people gathered. Even if there’s a minigame you will hardly meet anyone who’s goin there just so, like at a dragon race, you go there, play a bit, leave.

A ton of tasks which the game requires can be done in HS, that is the only reason you meet that many people there, at all! Placing the tavern in there is the only chance for it actually becoming a meeting place imo (and no guarantee, see fellowship hall, people are even too lazy to go out and check the chest in there…). Because people are already in the vicinity, they can look in in between the other things they all do and don’t have to do a 5min walk to likely not meet anyone in there, most of the time…

Would also like to see potential “dram sinks” like purchasable Player Houses and Fellowship Halls in all outpost locations.

One time dram skins are as helpful as continuous dram sinks sadly, I’d honestly like to see durability have more of a play on it, right now you die like 3 times and your armour breaks which is annoying more than anything as it doesn’t cost much dram to repair, especially compared to the amount of dram you earn, if the durability lasted much longer but cost much much more then I think it could be a much better dram sink than it currently is

I see your point but it still adds to the adventure of the world. I personally would hold meets in the various locations. I’d like to see you show up today for that matter and we can discuss more topics in game.

This is true but I like to see it as better than having nothing to sink my dram into.

Yah it depends, I’m not much of a chatter I don’t use any social vr apps either. If I play I wanna do things ingame, dungeons etc., progress in the little time we got groups at all etc.

- but I try being there a bit in case there’s no dungeons goin on at that time.

Thank you thank you and true this it’s a game not a social app but if the devs are gonna provide a social spot it should be used, personally I wanted one back. Hope you can make it though!

Ok checked it out now, first impression: I like it, really reminds me of the old Tavern lol (likely remoddeled from that?).

copy pasta the lvl 10/ 20/ 30 dummy room into the fellowship hall would be nice so you can have a more private place to practice with friends or will that room in the tavern be instanced for just party members too in the future?

That’s a good point, and we’ll add a training room with dummies to the Fellowship Hall in the coming week, including a boss-sized dummy like Robert mentioned before. We have additional plans for the other rooms as well but nothing to announce yet for those in particular.

Things that are totally unnecessary but have come to mind with the shenanigans we’re doing right now in the tavern:

Drinking game with leadership board (like Dragon Races): How many ruined potions can you drink before you die?

PVP: Allow PvP combat so we can assassinate each other! Nothing like a good old fashioned murder fest!

Drinking game with leadership board (like Dragon Races): How many ruined potions can you drink before you die?

I loved playing Ruined potion Roulette! After our drunken pet runs, this would be a really cool thing to be added 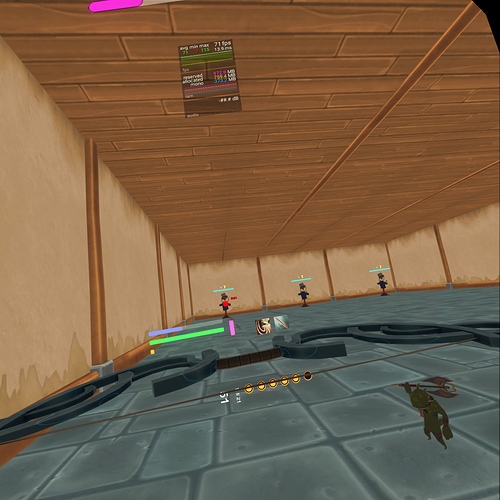