Hi everyone, today we wanted to showcase one of the two pieces of content coming on November 16th - three new questlines with new NPCs and locations in the world, as well as an expansion of a current questline.

The second thing coming November 16th are the new legendary cosmetics that will be dropping in shard dungeons - more on that in a future blogpost.

Check out the preview of the new places you’ll be visiting:

On Tuesday, November 16th, we'll be releasing a patch with two major updates: new legendary shard cosmetics, which we'll cover in more detail closer to the patch, and several new overworld questlines. The new questlines will correspond to new... 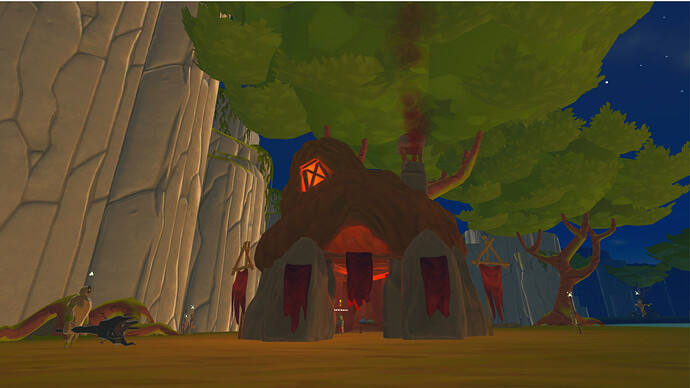 Whoa all the lore!! Can’t wait to see what you do next with the story! And I’m starting on a new lore theory: why the lighthouse will be the next main villain.

I’m very excited for more things in the overworld. I think this will be a big step in the right direction for making the wilds feel a little more alive and interesting

Just a head’s up, for the legendary cosmetics, we’ll have a post previewing all of them up on Monday. Have a good weekend!

Will we also know how they would drop? There is alot of possibilities how: