Hey folks, in this Beta we have two new dungeons for you to tackle - the Airship and the Broken Halls, intended as leveling dungeons, and the Shard Dungeon system has returned and should be fully functional. You should be able to acquire shards as drops once you are level 30.

You can enter all of them through the portal in Highsteppe (there’s a list now).
In addition, we have the “temporarily tradeable loot” system now, which will let you trade items with your party members while you are in the dungeon, so try it out!

We hope you enjoy them, and let us know of any issues and balance feedback!

I haven’t tried any of the new dungeons yet, but we did the lich crypt one and there are some changes and balancing issues at the moment.

also his beam attack can be completely avoided by the DPS if they stand on the ramp leading up to the boss platform, essentially having the beam pass above their heads.

the blue shortcut door should IMO be unlocked when killing the last pack of mobs not after you’ve taken a few hits from the last boss. Or for shards I think it should unlock once you’ve reached 100% of mobs required to complete the shard.

the lich king does melee attacks from any distance now, making a tank required again. I’m assuming this is a mistake.
the lich king has also been way over-tuned for a starter dungeon. the skeletons spawn on a time rotation now that continues ticking while the skeletons are up so if you don’t get them down in time you’ll get another set and you also have to deal with all the other mechanics while fighting the skeletons. this all in all is probably going to be really hard for new players, we were struggling a bit ourselves too. here’s a video of the long ranged melee attacks and skeletons spawning right as we killed a previous set.

Hmm yeah that’s definitely a bug, he looks like he is doing the burst bolt and then also a melee attack. I’ll look into that.

We didn’t really change how the minions worked, but I will add a check so the timer stops counting if there are already minions active.

neither bosses in the sewer dungeon take full damage.

We did Sewer and found an issue with both bosses… Both bosses took damage like they were being protected by something. We expected this on the slime boss, but even when we poured water on it successfully, damage was insignificant. On the order of 11 damage per hit when un-watered and 99 damage per hit when watered. Compared to the ~1000+ that it should be taking.

The first boss also had a graphical glitch. In the last beta, there was a third pillar in the corner of the zone. This was empty, but the poison pouring out of the walls stayed blank in that region as if the pillar were still there.

did airship. the mobs are giving sUUUPERRR low exp. (like 40 exp) even though we are the correct level for the dungeon.

Also, the pistol guys deal shittons of damage and their attacks are really fast to dodge.

@Riley_D Please, Please, PLEASE add a feature to auto-destroy mobs after 10-20 ‘resets’. That would be the best way to get rid of these things. We had so many of these in this beta, on every dungeon. Some groups had singles spawned way out in the middle of the void past the dungeon walls. We ended up having some inside of a boss fight that we had to periodically hit to reset so it wouldn’t heal the boss. 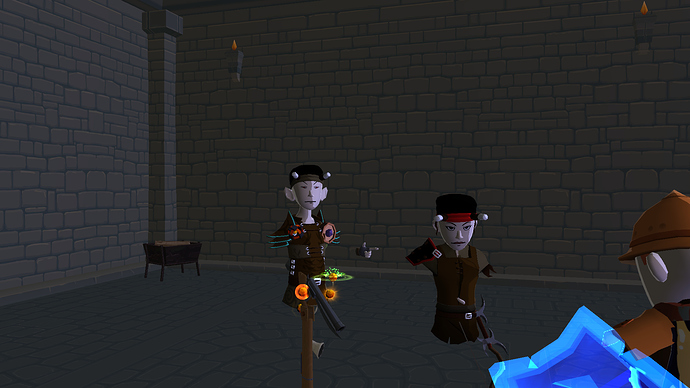 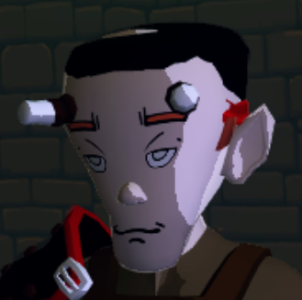 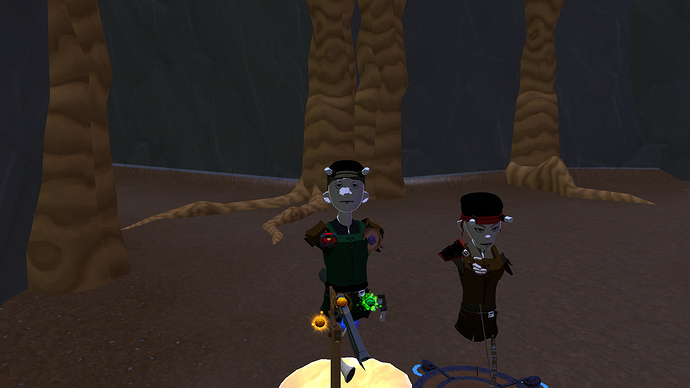 Ranger in these is the same person.

@Riley_D Please, Please, PLEASE add a feature to auto-destroy mobs after 10-20 ‘resets’. That would be the best way to get rid of these things.

Better yet, just make all mobs that are ‘out of bounds’ instantly die when ppl enter the instance

You mean you are seeing mobs still spawning in the walls and you can’t attack them? Or?

dont fix the dungeon troll boss. that one worked great! much more interesting when you have to run him over the spikes to make him take damage

I think he will still be about where he is, but I do agree there is some merit to it being the first dungeon and having it be easier if you do it right, but still possible if you do it wrong. It’s not going to be to the point where you can totally ignore the mechanic though.

can you also fix the dungeon mob exp? it is really really low compared to where it should be.

We are re-assessing mob XP in general but yeah I will take that into consideration.

Those 3 bosses mentioned should be correctly tuned now.

Mobs are still spawning in the walls. Some of them you can still reach and keep aggro on enough to take them out but there were several that just glitched out. A single mob glitched outside the walls also seems to glitch the entire group so you can’t kill any of them. I think the airship was the only dungeon where we didn’t see any mobs in the walls.

Speaking of the airship, there were a couple times where all the mobs spawned on exactly the same spot and they didn’t seem to be able to follow the tank to spread them out. We could still kill them, but couldn’t target down a specific enemy.

Finally, we’ve also seen that if someone joins the dungeon several seconds after everyone else it puts them under the level. They have to graveyard and reawaken and that gets them back in the map proper.

Finally, we’ve also seen that if someone joins the dungeon several seconds after everyone else it puts them under the level. They have to graveyard and reawaken and that gets them back in the map proper.

Is that happening every time? Or it has just happened sometimes?