Hi everyone, let us know what you think of all the Warrior additions and changes!

shield bash has a 3 second CD which is way lower than it should be, sword raise doesn’t work and I didn’t have any haptic feedback from my shield in the dungeon until after I died once. I don’t know if that is something that happens every time, I’ve only done it once this beta.

After attempting to implement it basically a) it was hard to make work correctly and b) we felt like it was going to make it too necessary to bring a warrior to every fight since it really broke a lot of the mechanics…we would have had to nerf it to being almost useless to balance it in most boss fights.

Instead we decided to give an option that gave a new reason to not just “Provoke health spam” by giving you the ability to generate health and leech it from your shield a different way. But totally open to feedback on that.

The shield bubble in theory wouldn’t be that much broken if it works like the Shield orbs from a musky. If the shield only block partial damage and lasts for short amount of time, I think it would be balanced enough.

couple of issues and bugs.

can only choose one not one or the other 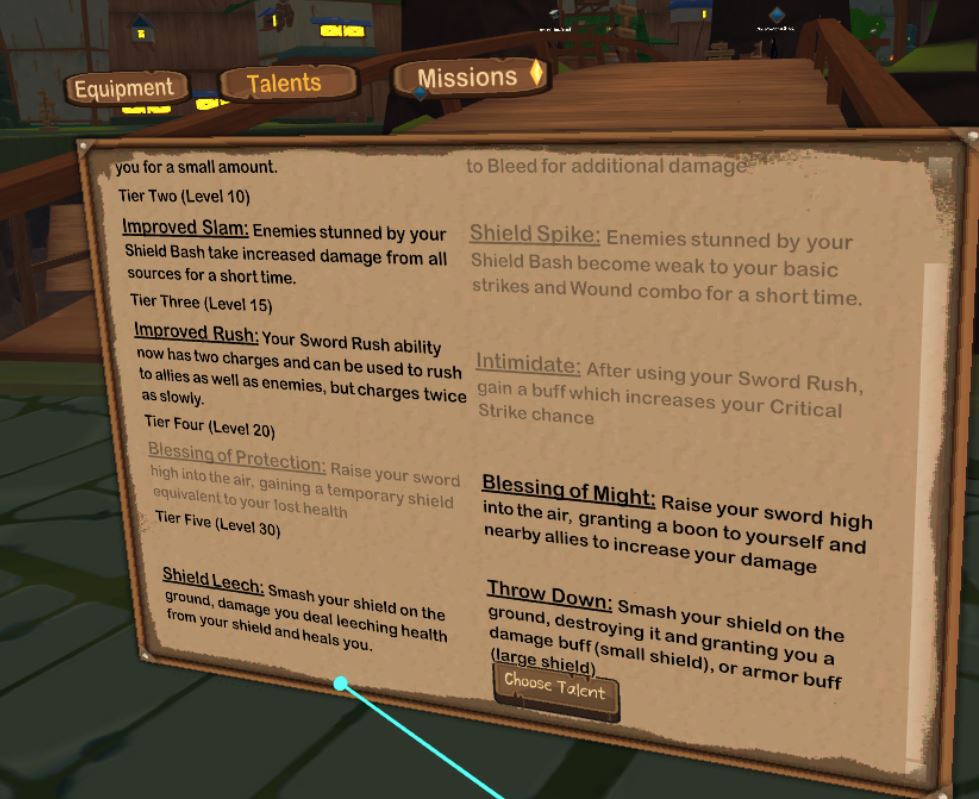 Hi there, I spent my time in the Beta playing a warrior and have two questions:

Ahh thanks! Do you mean for shield bash or actual sword swings deal increased damage with the small shield?

Thanks for the clarification! Does anyone know how much the damage increase/decrease % is for the different shields? Anyone know what the icons on the back are for?

fighting with a warrior fells some what boring now, to do the best damage possible you are limited to around 230 on impossible levelled enemies this makes fights with the buckets and small stump things found in the jungle take about 3 mins to kill. this makes a very boring fight, then add in the way they try to twist cables by going round the back of you the fight gets annoying very quickly. so far the staf frute enemy has been the only one worth going after due to it being a quicker fight and being more fun.

the exp from them currently is at a good amount with them being impossible levelled but that seems like it will slow down quickly (I do know quests are now the main way of levelling but thay only drop one or two each level and only a few are even fun to do.)

Totally agree on the cable twisting, I had to remove and untangle my HMD after every single fight which got old super fast.