I also wanted to talk a little about what we have been doing behind the scenes with regards to bugs, desyncs, etc. We started capturing crash logs from the live server about a month ago, from all users (Quest included), and have been working on getting the top crashes fixed. This is a slow process that we have been working on alongside the Mini Story Pack work that we have been doing. But the crash reports are giving us some very valuable information, that combined with the logs we are getting from the in game Reporting tool, have allowed us to start working on getting them fixed.

We believe that while we are fixing some of the underlying errors and bugs that you as the player will start to see less of the odd “desyncs” in game (as some of these seem to be a pileup of client side errors interrupting a packet from the server causing you to fall further and further out of sync with the server the longer you play or the more errors that appear), and as we work through the list of crash logs and player reports that it should improve greatly over time. As an added bonus some of the mechanics that weren’t working 100% of the time should also improve, one example of this is we fixed an error that was causing problems with the Player Stalls, which in turn also now allows more items to appear in the player stalls 3d view like potion ingredients, and crafting table items.

As far as what the player base can do to help us continue to improve the game. We are automatically capturing the Crash Logs already so there is nothing needed (like sending in crash logs unless we specifically reach out for more information) anymore, but we can still use additional information that is provided by the In Game Reporting tool, so those of you in the player base that are sending us those reports, we really do appreciate it!

Damn, Miskha’s stall is going to be covered in rocks now

Thanks for the update! Glad bug fixes are going ahead! Looking really promising!

Rocks show up, Wilting Sun does not, it’s got a 3D model though as it’s a crafting ingredient so thought I’d report that here, Roto spore does have a model though on a different store so it’s not all the herbs that aren’t showing 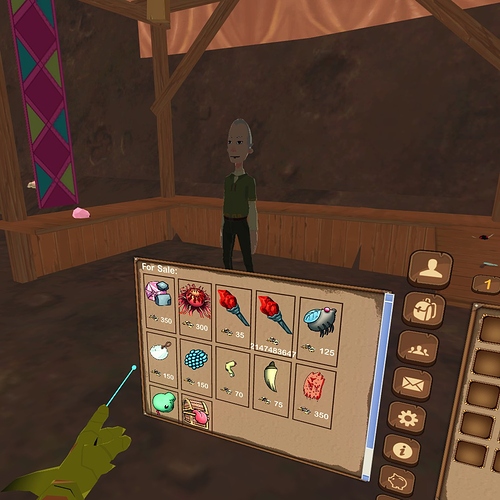 It seems like the items on stalls are aligned a little too low down, I threw some Crownfoil on my stall to easily trade it to my alt and I noticed I could barely see it on my stall vs how it looks on my potion crafting table 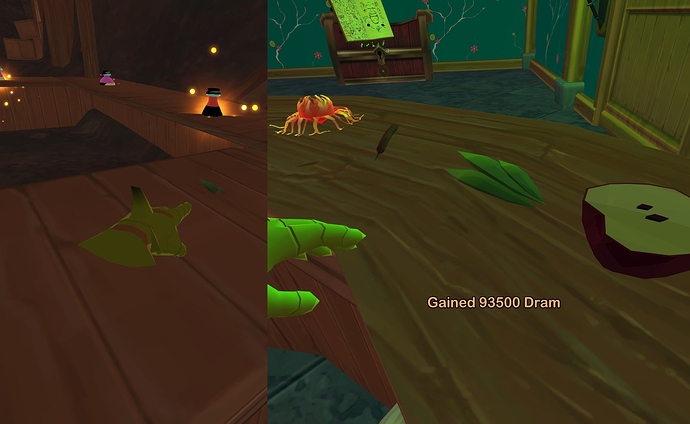 Look at that dram gain. Weird flex but alright. Just be careful or you’ll end up like Potato.

Was close to dram cap on my alt so had to move it back to my main so while doing the MSQ on my alt so I could see the dram rewards from the quests, I’m making a MSQ guide so need to know what the rewards are… would love a dram sink or dram cap increase though! But that’s a bit off topic… This is about fixing the fix on the stalls

I died in the mines dungeon today, my bow didn’t break, could this have fixed that? I haven’t done any other testing to see if it happens else where though so might be jumping the gun a little but curious

It could have. While fixing a bug with Mages being invisible and casting spells, we noticed that every class had a potential issue when initializing. So we’re kind of hoping some of the fixes pushed out recently fix some of those random bugs people notice on various classes.

Nice! I’ll try dying more than just once tomorrow and see if it breaks at all or if it’s fixed for real

Let me know if you need help.

Just want to note that after this update almost every time I die, I am desynced, which makes the client think I am not death. So have been constantly restarting my game. (I can tell immediately because I do get out of combat and the mobs start ignoring me xD) Might be coincidence though. Because sometimes the RNG of desyncs changes without any update. Just wanted to note that.

Okay thanks for letting us know, are you playing on quest, or PCVR?

On the bow breaking on death thing, I died a lot today while testing a few things, bow breaking bug hasn’t happened once since this update, good job!

That’s good to hear! We’ve should have some new errors fixed for the next patch too. Not sure if it’ll be anything immediately visible, but we’re keeping the ball rolling on this like we mentioned.