With the influx of newer players, returning veteran players, and an all around boom in the community, I wanted to put together a fun event for all to participate: The first annual Orbus Olympics! 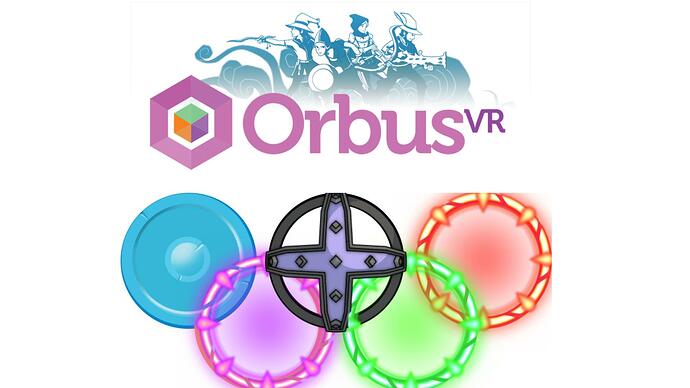 What does this involve? Each weekend in March will have a set of events to participate in, and rewards will be given out to the best individual of each activity as well as the overall winner.

The activities will be as follows:

Archery: Each player will be shooting at a practice dummy. You’ll start at a marker 15 meters away, and each hit will move back 10 meters. Due to render distance limitations, at 50 meters, if more than one Archer remains, we’ll stay at 50 meters and each Archer will see who can continue to hit the target.

Shot Put: The favorite event of Long Range Shamans everywhere! Similar to the Archery contest, each participant will start 15 meters back and yeet one of their orbs at a practice dummy. You’ll move back 10 meters with each successful throw until you either miss or get to 50 meters, in which case we’ll do the same thing as Archery.

Foot race: Each participant will start in Highsteppe and race to get to one of the moderators who will be in Sarrow’s Cave. The winner will be the first person to trade with them. We’ll have moderators following along to make sure nobody uses performance enhancing drugs (speed pots) or finds any wayward teleport pillars. Mounts will not be allowed either as that provides an unfair advantage to those with overlevel perk points! Weapons must stay sheathed, and if you die, you’re DQ’d.

Rock Climbing: Participants will be racing to the top of a mountain in Hulthine’s Basin! Each player will start at the base of one of the mountains and will attempt to be the first to reach the top, where a moderator will be waiting. There is indeed a walkable area on top of the mountain, and the first to demonstrate that they’ve reached it is the winner! If you’re not sure how to Shaman Climb, a brief tutorial is here: https://youtu.be/uTDMmMTKw-k

Trick Shot: We’re talking curved shots here! Each scoundrel will attempt to hit the whackiest curve shot they can. Players will get 3 attempts to really show off what they’ve got. Whether you do a 360 no scope or you pull off a full 180 degree curved shot and hit, 3 judges will each vote for who they think had the best shot.

Knowledge of the Arcane: Each participant will go through a list of spells starting easy (Mana Shield) and going to most difficult (Pushback 2). You get ONE chance at each spell! In the case of a tie of most spells successfully cast, the winner will be determined by time. In the case of a tie of time, the winner will be determined by who had the most Perfect Casts. If for some Sephotep forsaken reason there’s a tie even in that case, there will be a super secret run-off event. I won’t spoil what it will be because it’ll be a surprise! Get to practicing!

Danger Race: Who can open the crypt door the fastest? The way this will work is each participant and I will join the Crypt dungeon. I’ll enter first, have you join in, and when you’re ready, I’ll start the timer! I’ll run to where the door is, and as soon as it comes down, I stop the timer. You get ONE shot! If you’re not sure how to open the Crypt door, a brief tutorial is here: https://youtu.be/C5fb1UJUFtg

Warrior PvP Tournament: Each player will be put into a bracket for a PvP tournament. Participants will be fighting in the ancient form of gladiatorial combat: Completely naked and with beginner swords (ensures that there’s no gear advantage). Fight to the death and show your dominance!

Musketeer Aim: Participants will be aiming shots at moving targets. Each target will get progressively harder, from holding still all the way to a Shaman with Blazing Speed and a Speed Potion and on a Mount with 10% faster speed.

Bard: Nobody likes Bards. Just kidding, each Bard will compose music to wow our three judges. Whether it’s an original piece or Megalovania, impress the judges however you can!

Awards are broken down as follows:

The winner of each individual activity will be awarded 100,000 dram.

Second place of each individual activity will be awarded 25,000 dram.

Third place of each individual activity will be awarded 10,000 dram.

Note that the amount of dram given out comes out to 3.1 million dram. I’m happy to fund this myself, but I’m also taking donations of ITEMS to also give to participants (I can’t hold much more dram, so I can’t take dram donations

). If you’re interested in donating items, I’ll be holding them on my alt character (NPC) due to that character not having any items in the player chest. All items that end up being given to NPC will be placed in that chest until the Olympics, and all items will be given out to participants!

I’m also looking for volunteers to help judge. Ideally these players are very experienced in the game and also experienced with running events.

If you’re interested in joining, let me know which events (or all of them!) you’re planning on participating in as well as your in-game player name by signing up here: https://forms.gle/fXnCJgirWaZzRumX8. Note that for the Rock Climbing you’ll need a level 20 Shaman, and for PvP you’ll likely want a level 30 Warrior. Other than that, levels in each class are more or less irrelevant

EDIT: Due to an overwhelmingly positive amount of participation, I’m going to be closing the signup sheet Monday, March 1.

That is such a good idea. It reminds me of the old wizard casting competition. I wonder if you could get the devs on your side to make a cape for participating in the Olympics one for winning individual games and one for being on the podium overall. But great idea

That’d be really awesome, although I don’t know if they’re gonna go for that!

Feel free to sign up! I’ve already got people messaging me willing to give items to participants, not just winners

I love this idea sooooo much.

Feel free to sign up! The more the merrier, and I’ve already got people wanting to pitch in rewards for participants!

I do that all the time - misread things.

I can help you on all events for I’m free every weekend.

I’ll mark you down as one of the moderators! If there’s any event you’d like to participate in go ahead and sign up as well, we’ll have plenty of volunteers so we can swap out as necessary

Recruiting new goons right in front of our eyes. Nothing like hiding in plain sight. Well played Sir.

why im going to win in 4 words,
I
Am
Built
Different

Too bad this ain’t a dps competition; even so I would be banned for participating due to not only performance enhancing drugs but already proven to hit highest solo.

Could I moderate? I should be available for most of these events.