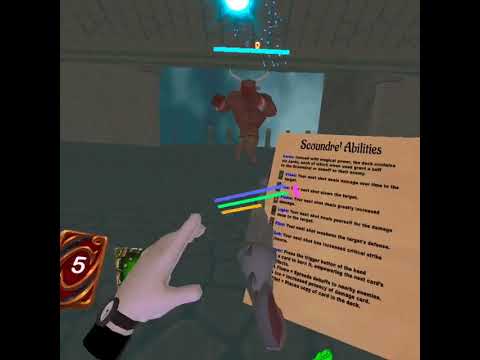 ----Like way too much math warning-----
One thing I forgot to mention is there is an extremely unlikely series of events where the ash is the bottom card in your deck which then puts the extra poison in the next deck which then if you draw your next ash before either of your 2 poisons can cause you to have an ash without a poison saved. This happens about 5.5% of the time. At that point on average you will have a poison card as your next card 50% of the time (because you have 1 ash and 4 non-ash/poison cards so on average you draw 2 unrelated cards before hitting your ash card in the second deck) so i think the right action would be to still burn the ash card. Using Ash basically doesn’t benefit you because scoundrels already have close to a 100% crit chance so the 3 outcomes are: (50% poison which fixes the problem and cause you not to lose a poison card) (25% ice/light which override the shuffle empowerment and are therefore neutral outcomes) (25% flint/flame which will shuffle them which is arguably also a somewhat acceptable outcome because they are preaty good cards anyways. Flame card does enough damage to mostly offset the small amount of poison you effectively lose by making your deck 1 card longer. If you actually benefit from using flint card and aren’t competing with a rotation mage to apply weakness, flint is very good and more than offsets the fraction of a poison card you lose by adding a card to your deck). Assuming you burn the ash you basically have a 3% chance to get 3 poisons in 2 deck cycles instead of 4. I guess the build actually gets 1.972 poisons every rotation but like its basically 2
----End of Math----

Basically tl;dr: if you ever very rarely happen to draw an ash without a poison on your hip burn it and if the next card is poison use it, if not, just continue like normal.

image289×586 50.5 KB
(posted something here before about how i thought 3 length tiles lasted 3 seconds which is why Scott responded)

These tiles proc as long as you are in range of a musket’s or bard’s passive healing. The benefit of healing tiles is that they will generally have much less interference (stronger buffs) and they will keep much better uptime on buffs at the cost of requiring you to be recieving healing. These work for scotts build as well.

I recommend you be a little more skeptical of these tiles as there are probably improvements that could be made. In general scoundrels don’t always tend to like to stand in heal range but if you main scoundrel it might be smart late game to carry an extra set of gear with healing tiles for hotfoot/reflective shards and any boss fights that force you to stay closer or force your healer to actively heal you.

Edit: I changed the tiles with my optimized ones that I posted about in my beating Scott’s build post here: My Current Progress towards making a build that beats Scott's build. I recommend you look at that post anyways for more information about some of the numbers for this build.

I also changed a lot of this post to update the information because I want to use it as an easy way to show people what hybrid scoundrel is.

Although i prefer lava’s burn tiles (i’m old, slow and lazy), its great to see more scoundrel theorycraft (and practice).

Ohh I thought it was 1 sec per tile. I still think that my substitution is correct for hybrid with that information.