Since the actual specifics of how legendary fish work has been in the dark for the vast majority of the community since they were added, I decided to finally write an explanation of how they all work.
All data I present here was collected by me and @Rickness_Voidwalker.

Requirements
All legendary fish have a set spawn pattern based on time that can be tracked 100%, but they all also have weather requirements, which to my knowledge cannot be tracked. Blimp and Kylakin also aren’t too fond of flounder.

Non time based requirements are as follows:

Blimp, Kylakin, Frosted Perch and Jelmiry all follow the same pattern, are active for the entirety of a timeslot at a time and are active the same every day, of course you also need to fill the weather/flounder requirements for them to be catchable.

Here’s most blimp rotations as an example:

Image 1740735×163 5.08 KB
So when testing for rotations you only need to check 5 times a day(not every 15 minutes for hours on end like we did before we realized the pattern

Da Majestic Flounder
The Flounder is a bit more complex than the rest, it follows a 5 day cycle. When it starts it’s active for 1 hour and 15 minutes, then it’ll appear 1 hour later every day for 5 days, then it’ll go back to the same time as day 1 and repeat.

However, it also follows the 5 timeslots as the rest of the fish, this means that the first spawn of the 5 day rotation starts a little late for some rotations and the last spawn of other rotations are cut a little short. For the 4 hour timeslot there are a few flounder rotations that has it’s last spawn time cut of entirely.
Here’s a couple rotations so you can get a better idea of what I mean: 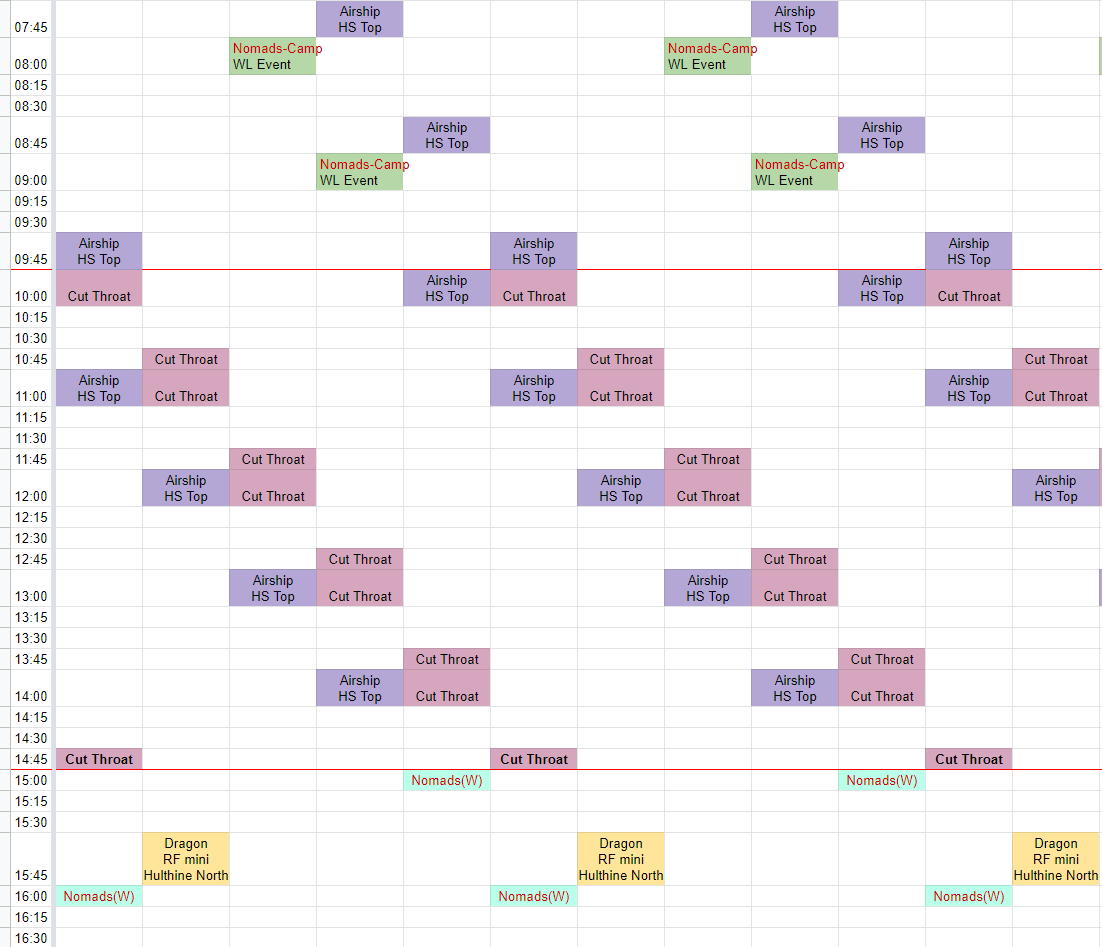 Image 17411102×947 35.3 KB
(The marked boxes are just start times)
Flounder can also have multiple rotations in the same pond, which I have so far not found in any other legendary fish.

All the rotations I know can be found in this spreadsheet: