Hey everyone, juicy blog post today going over a lot of the new mechanics for the Mini Story Pack, some of which will likely find their way into the base game in the future as well. We go over climbing, new quest types (and the return of improved older quest types from the older Orbus day), and the new Treasure Hunt content.

Finding missing children reminds me of that mission from old orbus

Climbing: Hm, I did not enjoy apps like ‘The Climb’ that much, it never felt natural (tho the views were great) and my Rift S got issues with overhead movements or those where hands gets too close… those ropes look like trouble, so I really hope that works out, mechanically.

Treasure Hunt
Ok well… crates are “tradable”, but how? Via AH to ALL players, those who got the DLC and those who have not? What will prevent new players from buying unneeded crates then, will there be a warning? Or do only those having the DLC see those items in the AH? Also 4 days is way too short, that means I need to wait 3d for an auction to expire to get one (if it was set to bid) and then only got 1 single day or a half to use it, depending on when the seller put them in.
Even 1:1 trading is a slow process, due to my experience, and in my timezone, you don’t find people so quickly and even less if they need to own the dlc. Then you need to meet up, time your rl for that (yea, some still work…) so that restriction would put too much pressure, imo.

Escort Quests
Uhm I hated them in the OG already… they were hard for certain classes since mobs killed the npc/wagon before you could, for example, poison the enemies down (Musky; now in Reborn Shaman is also a very sloooow class, totems need to be placed etc., most mobs get hits in by the time you have your first orb spawn). Overleveling these quests did the trick in the OG but I fear those could be frustrating for solo players in Reborn, due to levelscaling; but yea, just an annotation, with the different routes all that is yet to see.

It’s not obvious from the gif, but you have full freedom of movement around all the climbable objects, so overhead movements aren’t necessary (except for the initial grab I suppose in that one case). You can bring your body up and do movements along your stomach, for example. It is fairly forgiving in that. You can even just use one hand if you like. (You get put at the ground level if you do not grab with either hand after a couple seconds.)

I don’t have an answer regarding the AH non-dlc stuff yet, but with regards to the time limit, the idea is to keep a limited supply in circulation. You get one every 24 hours for free by just killing stuff, and if you happen to want to run multiple in a row you can purchase some. Bid-only would definitely not be the choice to sell those, but players will set buyout prices in that case.

We’ve been working at improving the pathing and design of escorts, so they should be much better than in OG Orbus. We’re also going to be careful at balancing them so they’re doable and don’t require a big group like the OG ones did (if you were low level.)

Okay, so you’re adding another chest that goes into your inventory, that looks exactly the same as:

9 months ago it was bought up that these reward chests looking the same is an issue, it was said that you’d be making the icons unique, that still hasn’t happened and now you’re adding even more

Here is the thread from before about the chests:

Please make it a seperate icon. My loot crate was hidden between my other reward caches and thus got destroyed without intent. It is really stupid it looks exactly the same as the other billion crates you get.

please make the treasure map chest “Rare” so it’s blue and doesn’t look like a standard chest, please update the current chests all you have to do is change the icon, the beam colour can wait if that would take more time to fix though potato made a very good post on the inconsistency of the loot beams

More consistency in "beam" color for chests and lootbags Suggestions

Currently there is not much consistency in what beam color drops of different rarities have for the chest and loot bags and the rarity color of the item does not match with the color of the beam. Currently lootbag beam colors are as follows White/green/Common item - Orange beam Blue/Rare items - Blue beam Purple/Epic items - Purple beam Orange/Legendary items - Orange beam(Identical to the one for common items) While chest beams are like this White/Green/Common items - No beam Blue/Rare it…

Now getting back to the topic…

Will the NPCs that are being escorted be able to be healed by muskys and bards? or will this more be for dps/tank classes?

As is indicated on the blog post, the map crate will have a different icon. We just didn’t have it in when the gif was created.

We understand players want different icons for every item on the old crates as well, but with the current system it would require us to create duplicate different items for every single drop and this would be incompatible currently. We are looking into that feedback though.

No, we don’t want every item to have it’s own icon, as you can see from my post on that thread I linked we just want a way to tell the difference from a standard mission/public event reward chest and one with value such as a Rare/Epic/Legendary drop

I even did a very poor mock-up of what we want via MSPaint, clearly you could do a lot better job but this is showing exactly what we are asking for, not icons for everything but 3 different icons that quickly and easily show the different rarity of the chest so we don’t accidently open a rare/epic/legendary chest instead of a common public event chest

After accidentally opening another chest which could have been avoided if you made this change, I decided to show you how cool you this could be if you make the chests look different depending on the rarity of the item inside (don’t hate on my paint skills please, I’m only semi-pro) Rare: [Blue] Epic: [Purple] Legendary: [Orange] Edit: Btw the GRINDING items don’t give shards when broken down, so that’s kinda bad when we have so many of the items that we can’t even sell them, could you m…

I apologize, I misread which request you were talking about - What we will be doing is changing that overworld drop crate icon to be different from the leveling/mission/event chests one.

At the moment, the way our system is currently set up with the crates, it wouldn’t be possible to have a different crate for every rarity type like that, or split the icons in any other way, so in order to do what you suggested we’d have to re-work the entire way the crating system works.

Omg, I’m really excited about the treasure hunting. I thought of the idea but didn’t think it was going to be added

I’m very happy to see it being implemented in the game, and very interested in seeing how it works out.

(searched “Treasure maps” in search bar and saw I was tyne only one, makes me feel pretty special)

As for telling rarities, the Name’s colour (and the description) is more than plentiful for me to tell. I just put the chest away from the other ones before I start opening other.

Yes, it would be useful to have a more clear way to determine rarities other than in the descriptions but there is a way to tell what is what.

Is there a way to make a prompt before opening these chests so people are warned that they are about to open a rare chest that will be soul bound when opened? That shouldn’t need a huge rework right?

While hovering over the crates there is a description of the items that say when you open it, it will become soulbound, but having it tell you when you try to open it would be much more convenient for sure

That’s a pretty large oversight on your team’s part to be honest. Its basic MMO 101 and any other loot based games to be able to visually differentiate between rare loots and the trash. Not trying to be rude here, but come on. Not even asking for much as rickness stated. Simple colored outlines over the same icon would have done it. Literally minutes of work if the foundation had been done correctly.

Edit: Thanks for the explanation of why it hasn’t been implemented. Before it seemed as though it was just being ignored.

Its still strange though how there are two icon types of those chests already, which proves that its not hardcoded with 1 icon. I can not imagine how the system was written wrong there but I guess we have to believe the devs in this. Spending time on it would be appreciated as you might notice from peoples reactions

if the foundation had been done correctly.

At the moment, the way our system is currently set up with the crates, it wouldn’t be possible

?? (And yes there are sometimes weird weird ideas of someone… in the past… which you stumble over later and think omg we will live with that solution until the very end of our app’s life XD - not that I hope it’s the case here). 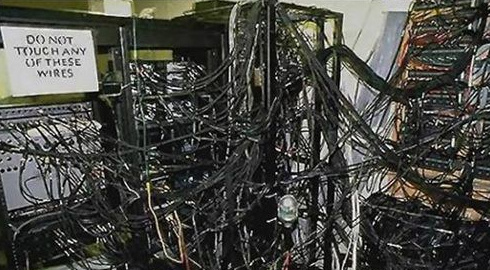 which proves that its not hardcoded with 1 icon

Actually I think from these hints it IS hardcoded, like, every item got a certain chest as a property, which is assigned by hand in the creation/design process; not dynamically or via any criteria like rarity. Now redoing the few overworld items should not be the biggest deal (and that is why that really should come soon), redoing 100s items however would be and before I would do that I would likely drop whatever the old hardcoded method was and switch to a dynamical assignment tied to rarity instead (plus flag/property that it comes in a chest, at all) to save work in the future; so that would be a bigger project.

I knew that ghost pilgrim was just trying to get us killed! 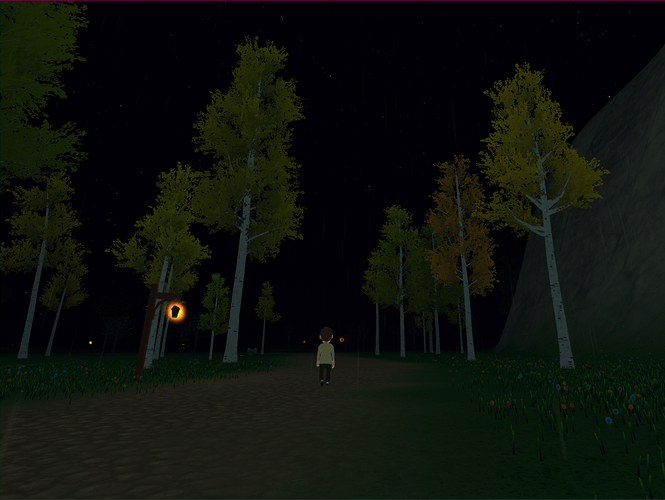 Looking forward to the DLC

dont for get the donkey in the rainforest in classic orbus

I always wished you could feed him a carrot at the end for being a good little donkey.

Having hidden chests and using a shovel tool would be cooler than a chest hanging in the open (if that is the case). In general a lot of this looks good.

When I used to play Runescape, I would put a lot of time into doing Treasure Trails from clue scrolls this feels like a step in that direction and I’m looking forward to it, though there was a lot of puzzles and riddles with that as well as map locations, but it’s a good start

My thoughts exactly, it would be cool if they could put lore-type puzzles or something to give each map area a little more flavour. Having mobs guarding the chests are something I’m going to have to wait to gather my thoughts on. Also the fact map drops are limited to 1 per day is meh. I understand this since the rewards aren’t as numerous as in Runescape.