Boss 3: Are you sure you are executing the fight correctly if you keep getting the suns? Just a thought

Are you saying you’ve found a way to shoot the suns down and NOT get the AOE?

If not rampaging, he’ll jump every 60 seconds.
If rampaging it’s every 30 seconds.

That was at least the case for normal mode pre HM coming out. (I wonder if it still is the same) 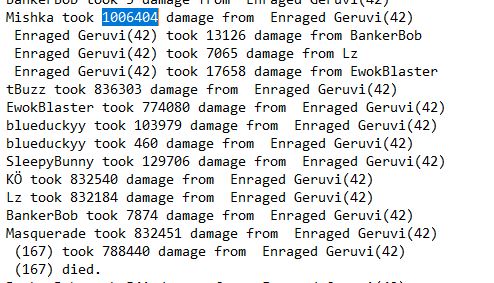 Excuse me, I took over a MILLION points of damage from a sun while grouped tightly . Is there a way we’re supposed to be able to shoot them down and NOT get instamurdered?

Is there a mechanic in place to ensure you get neither spawns nor adds? @aRkker you implied this?

If you get this insane damage grouped tightly with 10 people, then we should be 99% sure there is a mechanic to not get suns. (If it is not the stand in beam when your glowing thing, because your not always glowing).

I think in this one we were 9 grouped together. Didn’t group on tank on this run because… well, Rangers and scoundrels. There’s got to be a mechanic we’re missing to prevent suns from spawning.

@Jake_E can you confirm/deny this?

I would like to add that in normalmode before hardmode existed the devs gave away it was completely random when suns spawned. Meaning that something changed in probably both modes since hardmode came out.

It sounds like you need to explore your options more with this part of the fight. The random aspect and how it decides when to do the attack has not changed with the hard mode release.

So this (figuring out how to influence the orbs tracking and hitting us) is something that can be practiced in normal mode as well?

If you’re referring to the giant spirit bombs that come from the sky then I’d say so, yeah.

Sometimes before the fight starts, I see plenty of orbs in the sky. A few questions:

1: Is this just a visual bug?
2: Is this a clue about which orbs we’re supposed to hit?
3: There are two different colored orbs here, although I only recall ever seeing one color orb during the fight. Are there two different kinds of orbs? 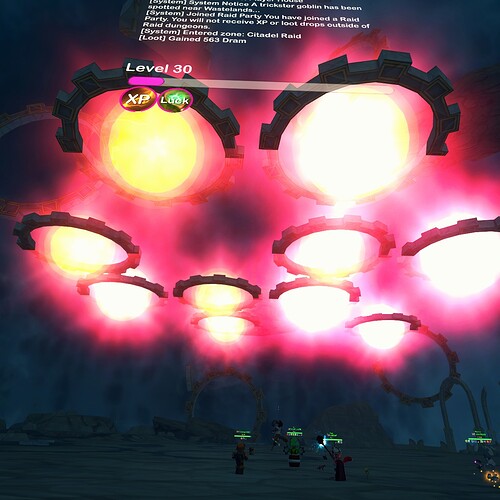 That’s definitely a visual bug unless they aren’t getting cleaned up eventually?

They’re getting cleaned up, we just see these floating in the air in between attempts.

Does that mean the different colored orbs is a bug too?

Yeah I think it’s multiple “suns” on top of each other? Odd

Edit: I will say the sun may hit a little too hard now lol

since those also do more damage you may want to check on the chain ticks on boss 2, they two tick cloth maybe three tick

Jake, I love you my man but I’m so lost as to what I’m supposed to be doing

Is there a mechanic we’re missing to ensure 0 adds spawn and there’s a 0 chance of a tracking nuke sun spirit bomb being spawned? I spent over an hour trying to figure it out today, several hours over the past few weeks when not testing Bard things, and several other people have told me they’ve spent hours upon hours trying to figure it out. It’s very possible that we’re looking for a mechanic that may not even exist.

Previously the idea was to shoot the orbs in the sky and stay grouped, shield orb when the sun hits us, and go on our merry way.

Today the suns were unbending/killing members of a group of 8 even with a shield orb during normal mode. We’ve tried hitting the orbs at the same time, in different orders depending on placement, making them travel longer, making them travel shorter, hit the boss, hit a person alone, etc. We’ve gotten to the point where we had all DPS except for 2 just focus on killing the endless adds, and the other 2 DPS were solely responsible for killing the boss. Dealing with unlimited adds was easier than trying to mitigate the sun damage.

EDIT: I legitimately googled “Geruvi” thinking there was some kind of ancient Greek or Roman mythological figure it was based off of that would give a clue about its weakness. That’s how desperate I am at this point. At this point I think it’s just “guh-roovy” like “groovy” and that Stone will find some amazing lore for it

There may have been a misunderstanding here. There is no way to both prevent adds from spawning AND guaranteeing the sun won’t too. IF you feel that the sun hits too unfairly, we still have time to adjust numbers before Tues.