Our first ever paid DLC will be launching today 4/28 around 12 PM CST (Noon). Wanted to give some information over the patch and let players know what to expect out of today.

There will be a required patch (client and server) before the DLC goes live, once the servers are back on and patch is out you will be able to jump in game and continue to play as normal, or purchase the pack and explore the new content if you choose.

“Secrets of Mugwood” will be available in the in game cash shop, piggy bank icon inside the Player Menu, as opposed to the store shops like Steam or Oculus. We chose to do this so that players that play across multiple platforms will only have to purchase the content once, and be able to play it on whatever platform they want to as it is tied into your account at the Orbus level. This also includes Alt characters, so once you purchase it on your character it will be available to that character and any alts on that account.

Just some general information to get you going into the MSP. This DLC includes 4 new areas and 1 “Tutorial area” (Pierre Cenns Shop). There are 8 new monsters (you will recognize some of them if you played Orbus before Reborn) in the areas, along with 1 new type of boss fight inside the questing dungeon. You will encounter a new type of NPC, the lizard people, along with a new way of getting around the world with climbing and a new exploration mechanic with the “Treasure Hunts”. There are 3 new armor styles for each type (leather,plate, cloth) with a 4th set shared between all types, and 2 new weapon styles for each class. If you complete all the content in the new areas, including the treasure hunts and side quests, you can earn 5 furniture pieces, 3 mounts, 3 pets, 2 new dyes, 1 helmet transmog, and 1 cape, along with 16 new in game achievements to unlock.

After purchasing the DLC, you will get a quest to speak with Gormina, Pierre Cenn’s helper. She will get you started with your very own Micronizer Tool and lead you down the story line, first with trying out the Micronizer inside of Pierres Shop and testing out some of the new climbing. Then will have you speak with your new lizard friends. The locations are all in the overworld, and once you find the location, holding the Micronizer in your hand to shrink yourself down to lizard size. 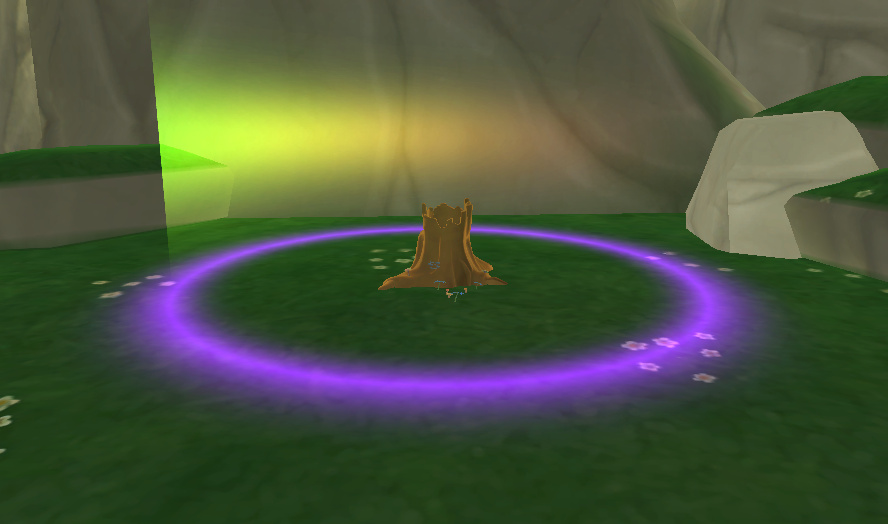 I don’t want to spoil the story line but you will then proceed to do quests and be directed to all the other zones during the story line.

There will only be certain objects in the new areas that can be climbed: Vines and Ropes. You will find these scattered around the new areas allowing you to access higher elevations and find some hidden areas. To climb, grip the climbable object in front of you holding the grip button and pull downward, releasing with a hand over hand motion. Once you are towards the top, you will automatically get placed at the top so there is no need to “dismount” from the vine or rope at the top. To get back down, you will see a button labeled “Climb Down”. Just click this button to instantly return to the bottom. Note that while climbing, if you let go for more then 3 seconds with both hands you will “Fall” and get placed at the starting point. There are also a few horizontal ropes that are climbable that you use the same way. 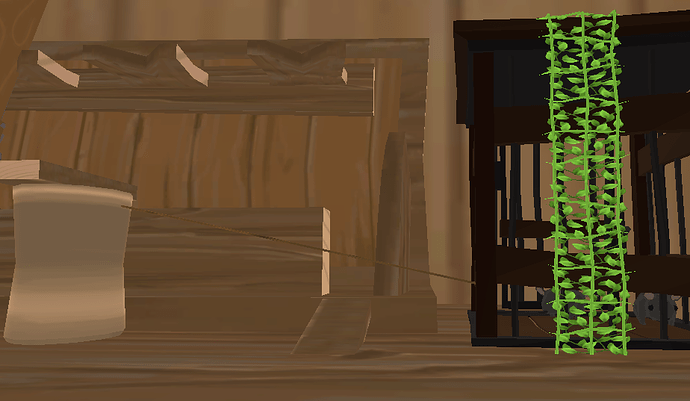 You can receive up to 1 treasure map per 24 hrs off any mob that drops loot in the new mini areas only, with the maps having an expiration time of 96 hrs after they drop, once the time runs out the map will become an “Expired” map and will need to be destroyed. The time left until expired will show in the tool tip of the crated and un-crated map, and is viewable on the auction house. The treasure maps are trade able while crated, and soulbound once un-crated (and will be dropped if killed with PVP on while in their crated form).

The map itself will also display some limited information, like a small piece of the overall map of the area, along with the name of the area so you know where to start your search. This information is only available after you have un-crated the map, so you will not know which map piece you are getting until then. Here is an example of a map piece, with some giving away some key details of the area around them, and others being harder to pinpoint. 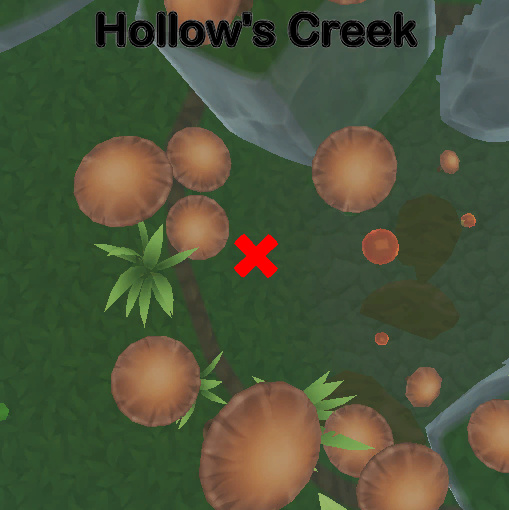 Once you un-crate the map you will need to equip it to one of your tool slots in order to find the treasure you are actively looking for. Grab the map from your belt to view the general area where the treasure is located. There are over 30+ locations spread out over the 5 new areas (including Pierre Cenn’s Critter Capture shop). Using your exploration skills, your Player Map, and the map piece on the treasure map you will then have to find the location of the treasure chest.

If the Treasure Map is being held in your hand when you start to get close to the location your controllers will begin to vibrate and the map will sparkle. Once you discover the location of the chest, you MUST have the map in your hand to open the chest. When you are within range of the chest, with the treasure map in hand, you will see the chest open and reveal the loot for you, (although we have heard from the lizards that sometimes there are some unforeseen circumstances that have lead to a sharp decrease in the amount of brave lizards looking for the chests). Once the chest is open the map will destroy itself and you will get your loot.

While working on the MSP we have also been working on getting bugs fixed also. We have put out 2 patches recently that has decreased the amount of de-syncs we are seeing, but there are still bugs on our list that we are working through fixing. We were also able to sneak in a few QOL things also along with this patch.

symbol indicates a feature or improvement taken directly or inspired by community feedback and suggestions, and we wanted to highlight these better from now on and in future patches.

Will the tutorial area be instanced? In case not, can’t wait to do my first rope-climbing with 150 people round me trying same XD …

Was tryin to be funny, 50 is just same lol… imagine that in this small shop!

Does this reset with the daily missions or do we have to wait 24hr from when we get the drop?

Does this reset with the daily missions

10 minutes to go, client downloads should now be available. Restart your steam/oculus/quest store to make sure you get the update, you’ll need it.

Server should be available! Make sure you grab the patch, and enjoy!

There was an issue with the Oculus Quest build, we’re going to upload a new build and it should resolve any login or character issues. Will take around 30 minutes to receive. Sorry about that.

Updated lighting inside of Abandoned Mine

I like Mine much better how it is now, didn’t check out a real run yet, though, I am curious how flashes of different class abilities are now interacting with the “fog”.

However, the first time I entered the overworld cave to get there it had some very distracting sudden effects like the “fog” lightening all up suddenly, then getting dark again; these sudden switches give me a headache, also entering and leaving the overworld cave does not feel pleasant, for me.
Overall I’m not sure if I like the “fog”, also it is very different on low graphics than on higher settings which isn’t necessarily bad though, because players distracted by it just can set graphics to low instead and see more.

you guys are so awesome <3 i realy love this dlc 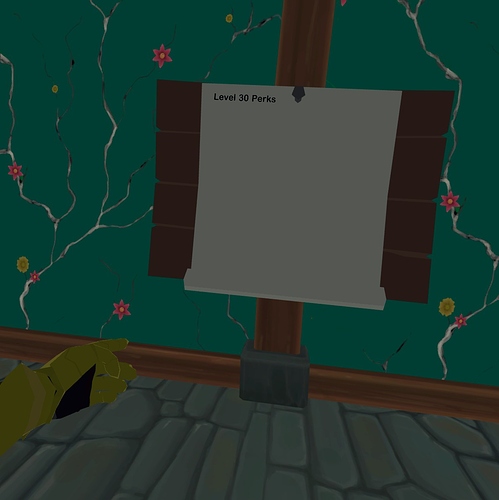 We’ll take a look, thanks for the heads up.

Very sure this isn’t a rare overworld drop 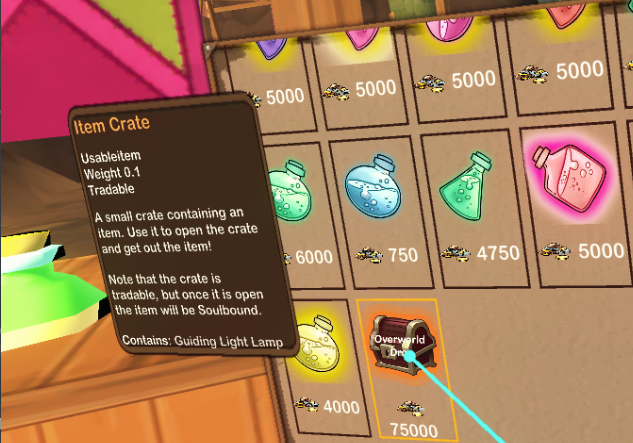 Do the legendary overworld drops (halo/wings/ears) still drop in the new areas?

Did that get patched because I got my demon wings from the Lynch King minions a couple of months back?

They can drop in unsharded dungeons, like the random dungeon queue and mines/temple